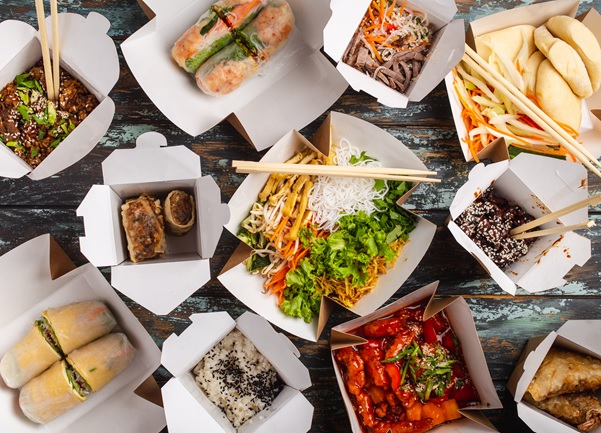 For over a month, the UK’s cafés, pubs and restaurants have been shut unless operating takeaway or delivery services. With the country now in its sixth week of lockdown, enjoying a takeaway might have become a rare treat for many within an otherwise repetitive routine.

What effect is lockdown having on takeaway or recipe box businesses, both at home and further afield? The Association of Investment Companies (AIC) has gathered comments from investment company managers on Just Eat, Uber Eats, Takeaway.com, Deliveroo, Hello Fresh, Meituan Dianping, Grubhub and more.

Philip Webster, Fund Manager of BMO UK High Income Trust, said: “All things considered, demand has held up reasonably well for both Just Eat and Takeaway.com. Both companies experienced a dip in sales towards the end of March 2020, as consumers began to stockpile supplies and cut back on ordering. However, numbers for April 2020 evidence an uptick in demand for Takeaway.com, highlighting that the demand side is still resilient in such an uncertain trading environment.

“On the supply side, whilst many restaurants have been forced to shut down to cut their overheads, Takeway.com has added over 3,000 new restaurants to the platform since the start of this crisis out of 9,000 applicants. The average spend-per-order has been rising across both companies, which suggests they are handling the current downturn reasonably well.”

Walter Price, Portfolio Manager of Allianz Technology, said: “Food delivery has gotten a charge from stay at home, eat at home. People like variety and they are often bored cooking what they know. But Grubhub has taken the opportunity of increased revenue and earnings to reinvest in its restaurant variety and its delivery network, as Uber Eats and DoorDash are burning money to build these aspects of the business.”

Catharine Flood, Corporate Strategy Director for Scottish Mortgage, said: “HelloFresh enables customers to prepare home-cooked meals by delivering the exact amount of ingredients with clear instructions on how to cook pre-defined recipes. Scottish Mortgage first invested in 2015. Since then the company has been credited with driving forward the meal kit delivery market towards becoming a mainstream habit and it is now a global leader, supplying households with its food boxes across 12 different markets. While its subscription business model had already facilitated a shift in the way its customers shopped for food, the current pandemic has broadened HelloFresh’s reach to new households as many people seek to avoid going out to shop.”

Joshua Henshaw, Investment Executive at Mobeus, Manager of the Mobeus VCTs, said: “Parsley Box delivers quality ambient ready meals directly to customers across the UK. In March, the business saw a threefold increase in orders delivered compared to February from both new and existing customers, as people sought to ensure they had a store of healthy, convenient and long-lasting food. Although that level of demand has settled a little, it remains much higher than previously. Parsley Box is an early-stage business that was not projected to be profitable until 2022. However, recent levels of demand mean it’s currently profitable on a monthly basis.”

The challenges of COVID-19

Walter Price, Portfolio Manager of Allianz Technology, said: “Partnering with restaurants has been hard. What was a minor part of revenues for restaurants has become their lifeline.  Grubhub is trying to build its partnerships by helping them survive.”

Joshua Henshaw, Investment Executive at Mobeus, Manager of the Mobeus VCTs, said: “The first priority was the safety of the call centre staff dealing with increased volumes of calls from vulnerable and anxious people. Extra staff were recruited and, to ensure they could work in a socially distanced way, Parsley Box took on additional office space. Where technology allowed, employees started working from home. Parsley Box also moved rapidly to invest in IT, securing the bandwidth needed to send increased orders correctly to the warehouse. Picking and packing those orders was equally critical.

“Parsley Box employed 50 new warehouse staff, many of whom were recruited via social media and had been seeking work because of the COVID crisis. In one week, the warehouse moved from a one-shift system to three shifts a day. Although the business had a buffer stock of its meals, such a material increase in demand reduced it quickly. Parsley Box worked hard with its food and packaging suppliers to strengthen its supply chain, even co-investing with one supplier in a new production line.”

Catharine Flood, Corporate Strategy Director for Scottish Mortgage, said: “Food delivery platform Meituan Dianping has seen demand for their services rising as a result of this pandemic. In China, Meituan’s yellow-jacketed couriers zipping around city streets on scooters had already become synonymous with the rapid growth of the region’s online food delivery market. Its order rate recently reached a peak of 30 million a day. One impact of COVID-19 has been a shift from Meituan’s takeaway services towards its grocery delivery arm which saw a huge surge as customers opted to cook for themselves. Meituan has also been developing artificial intelligence systems-based autonomous driving technology. It has used its driverless ‘Modai’ delivery vehicles to distribute food and groceries while minimising human-to-human contact to help to reduce the risk of transmission of the virus.”

Joshua Henshaw, Investment Executive at Mobeus, Manager of the Mobeus VCTs, said: “Before COVID-19, just 7% of all UK supermarket shopping was done via online delivery and many subscription box services were perceived as inflexible. As demand for home delivery inevitably skyrocketed, people sought out alternatives to unobtainable supermarket slots and many actively chose to support local or smaller businesses. Just a few weeks later, there has been a paradigm shift; consumers have direct experience of food delivery as easier, more convenient and safer than shopping in person, and have developed powerful loyalty to smaller brands and businesses. At the same time, the drawbacks are either more acceptable – it’s preferable to have healthy, quality food in the house than to go out for the sake of choice – or have temporarily disappeared as the majority of households can accept deliveries at more times than before. While rampant stockpiling has thankfully stopped, more consumers are recognising the importance of having a store cupboard of long-life food.”

The long-term effect on the food delivery industry

Philip Webster, Fund Manager of BMO UK High Income Trust, said: “With the Competition and Markets Authority clearing the merger of Just Eat and Takeaway.com on 22 April and the new group raising €700m in capital, the business seems well placed to retain its strong market position. Its main competitors, namely Deliveroo and Uber Eats in the UK, are still inherently loss-making businesses, which will need to figure out a way to become profitable and remain competitive. Amazon’s recent injection of capital into Deliveroo in late April 2020, something which could be described as a bailout, displays the precarious position Just Eat and Takeaway.com’s competition find themselves in. In the shorter term, whilst we would expect sales to fall as lockdown measures are eased and consumers make up for lost time in restaurants and pubs, the customers they have acquired over this period may turn out to be ‘sticky’, which bodes well for the future.”

Walter Price, Portfolio Manager of Allianz Technology, said: “We have pulled forward the penetration curves by at least a year, but the adoption will continue to grow after COVID.  Depending on life after lockdown, the industry may do very well if COVID proves persistent.”

Catharine Flood, Corporate Strategy Director for Scottish Mortgage, said: “Delivery Hero, established in 2011 in Berlin by charismatic founder and CEO Niklas Ostberg, has gone on to become the largest food delivery platform outside China. Scottish Mortgage invested as it became a public company in June 2017, as the emerging trend for consumers seeking restaurant-style meals in the comfort of their own homes started to expand. This shift in behaviour has underpinned strong growth for Delivery Hero since then. Today, it has over half a million restaurants on its platform, operating through 30 brands in 40 countries, dealing with over 1,000 orders a minute. As the company scales its network, Ostberg’s focus remains on keeping both its restaurants and customers happy by personalising the service they receive.

“Again, the pandemic may well accelerate Delivery Hero’s near-term growth, as more restaurants and customers sign up to its platform, but the relevant question for us as long-term investors is whether the immediate impacts from the pandemic lead to longer-term shifts in behaviour.”