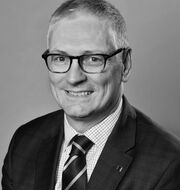 Gordon was elected to the Board in January 2022.

Gordon has worked in the investment company sector in a non-executive capacity since 2006 and he chairs three audit committees.  For thirty years, he worked for two investment company management houses, latterly as Head of Investment Companies at Standard Life Investments.  Gordon was involved in the launch of one of the first VCTs in 1995.

Gordon is a CA and was a member of the ICAS Audit and Assurance Committee 2005-2015.