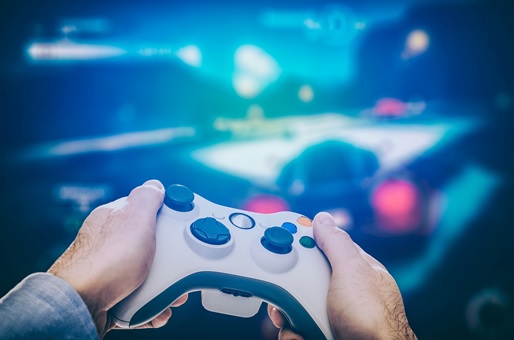 Lockdown will have seen many former gamers dust off old consoles, as well as giving hardened regulars more time to play. We may be confined to our homes, but once a gamer sits down at a console they enter a new world. But even before COVID-19, the expansion of digitisation and processing power has been helping to fuel the growth of gaming worldwide.

How is the gaming industry responding to COVID-19?  How is the industry changing and what are its future prospects? The Association of Investment Companies (AIC) has spoken to managers about their holdings in Nintendo, Worms, Xbox, PlayStation and more.

Walter Price, Portfolio Manager of Allianz Technology, said: “We like video games for cyclical and secular reasons. Cyclically, COVID-19 has reactivated latent gamers as time at home is being filled by playing games by many. Secularly, the new console cycle in Q4 2020 and the growth of streaming platforms that enable easier game play from the cloud will attract new game players who are both hardcore and casual. We think this is an undervalued part of technology and we like all the stocks to varying degrees. The event of COVID-19 has emphasised to some very powerful tech companies the value of diversified revenue streams and we think the game companies are undervalued relative to their diversification value.”

Paul Johnson, Gaming Analyst for Polar Capital Technology Trust, said: “We hold a position in Microsoft, as well as several video game publishers which stand to benefit. As early as 24 March, Microsoft CEO Satya Nadella said the company had seen ‘peak demand’ on Xbox, with engagement surpassing the December holiday season. We believe that higher engagement will translate into higher monetisation and the early signs are promising if third-party transaction data aggregators are to be believed. Given shelter-in-place orders, we also anticipate an inflection in digital downloads which have better economics for Microsoft and the publishers than physical sales.”

Alexander Windsor-Clive, Analyst for Lindsell Train Investment Trust, said: “COVID-19 has been a mixed bag for the operations of Nintendo. On the plus side, the lockdowns that have been implemented across the world have fuelled greater engagement with video game content; Animal Crossing is a Nintendo title that has performed particularly strongly in this period. On the other hand, the increased demand has met some issues with supply, given the effect of the COVID-19 outbreak disrupting global supply chains, thereby hindering production and distribution of Nintendo’s Switch console and games.”

Greg Herr, Co-Portfolio Manager of Alliance Trust, said: “Entertainment spending is a discretionary expense. During the financial crisis of 2008-2009, consumers cut back spending on games. However, the amount of money spent on video games, on a per-hour played basis, compares very favourably to any other consumer entertainment options. For example, Activision estimates that consumer investment per hour for concerts is around $31, for sporting events consumers invest $19 and a theatrical movie costs around $5.70 per hour. Meanwhile the cost-per-hour of a purchased video game comes in at only $0.46.

“With new markets opening up across the world, and the proliferation of mobile devices, we believe the scope for expansion within the video gaming sector is substantial. In the current environment, with millions of people across the globe confined to their homes in the battle against COVID-19, the scope for increasing use of video gaming is huge.”

Harry Nimmo, Manager of Standard Life UK Smaller Companies Trust, said: “There are now a good handful of video game-exposed companies listed in the UK, but we believe Team17 is one of the lower-risk models. They are a developer, but focused on lower-budget ‘indie’ games, and work with a lot of third-party developers where they have a revenue share model. This means that there is very low capital at risk from the success or not of a particular game, with game budgets typically under £1m. Team17’s revenue stream is very diversified, and there is still significant revenue driven by back catalogue titles – they were the creators of Worms for example – where they continue to innovate on successful brands.”

Greg Herr, Co-Portfolio Manager of Alliance Trust, said: “Ubisoft, the publisher responsible for well known gaming brands such as Assassin’s Creed, Prince of Persia, Just Dance and Far Cry, has experienced strong increases in annual revenues, with 2018/19 revenues of €2.3bn marking a 17.1% increase on the previous year. Last year, the company delayed the launch of three major games until 2020. We expect the additional development time, in particular prior to the coronavirus outbreak, will allow for successful launches this year. Management recently noted that key titles continue to be on track for release, and added that engagement across all Ubisoft’s games is higher than last year. The company has abundant financial strength, is well managed and its share price trades at an attractive discount to our estimate of intrinsic value, marking it out as a strong opportunity.”

Joe Bauernfreund, Investment Manager of AVI Global, said: “We view Sony’s gaming segment as one of the four crown jewels of the empire, with the other three being semiconductors, music, and pictures. The heart of our investment thesis for Sony is that the complex conglomerate structure serves to mask the value of the separate underlying businesses, each of which are highly attractive in their own right.”

The gaming industry – “the largest and fastest growing form of media”

Paul Johnson, Gaming Analyst for Polar Capital Technology Trust, said: “The public perception of gaming has come a long way since the days when it was, unfairly in our view, regarded as a niche form of entertainment for a niche demographic. Video games have gone mainstream and, somewhat under the radar, became the largest and fastest growing form of media.

“Investor perception of the industry was gradually shifting from a volatile, hit-driven business to a stronger franchise business, where successful games can grow with each iteration, while generating recurring revenue in between with regular content updates. However, the strength of the franchise model was tested in 2018 by the phenomenal rise of Fortnite, a free-to-play game which took market share with its innovative combination of battle royale and builder-game mechanics. This showed that even the top franchises could be disrupted, at least temporarily. 2019 saw a fight back from the rest of the industry, with several of the largest franchises returning to double-digit growth in the fourth quarter. Microsoft’s first-party content can be impacted by competition, but the Xbox platform stands to benefit no matter which publishers are successful.”

Joe Bauernfreund, Investment Manager of AVI Global, said: “One common misconception about the gaming business is that its fortunes are tied to the ‘console cycle’, when the reality is that Sony’s gaming business is in the process of converting to a subscription-based digital model. We view this as a fundamentally higher-quality business proposition, as it is less cyclical, subscribers are more sticky, and future revenue and earnings are more visible. As the gaming segment completes this transition, we expect that investors will assign a higher value to it in recognition of the fundamentally different investment case.”

Harry Nimmo, Manager of Standard Life UK Smaller Companies Trust, said: “We have been invested in Team17 since its IPO in 2018. The video gaming sector has massively changed over the years, and Team17 very much fits our quality growth momentum investment style. Through digital distribution and enhanced revenue-generating additional content through the lifecycle of a game, the quality of the revenue streams and visibility of companies in the industry has improved. Digital distribution also enhanced the margin opportunity, cutting the retail channel out of the chain.”

Alexander Windsor-Clive, Analyst for Lindsell Train Investment Trust, said: “We believe that Nintendo will continue to flourish in the long term, driven both by trends in the industry and the enduring resonance of its ubiquitous intellectual property, which has entertained quite literally hundreds of millions of people across the world over a multi-decade period. Companies like Nintendo with dominant intellectual property are best placed to capitalise on the digital shift and future innovations in the sector. Developments in cloud gaming, virtual reality, augmented reality and e-sports are still nascent but have the potential to fundamentally reshape the industry.”

Harry Nimmo, Manager of Standard Life UK Smaller Companies Trust, said: “Since its IPO, Team17 has delivered consistent earnings upgrades, and the CEO and founder Debbie Bestwick is very highly regarded by us. We believe they continue to have a strong pipeline of new development opportunities, and increasingly strong reputation in the industry, and third-party developers globally are keen to work with them.”

Paul Johnson, Gaming Analyst for Polar Capital Technology Trust, said: “We remain positive on the long-term outlook for the industry. In the autumn, Microsoft and Sony will be launching new console hardware for the first time since 2013. With the launch of the Xbox Series X, you will be able to have an a 12-teraflop console in your living room, which has a similar computing power to the IBM ASCII White supercomputer which went into operation in 2001 at a cost of $110m. This may be the last console cycle, however, given investments in cloud and streaming by Microsoft and Sony and new entrants Alphabet, Amazon and Facebook. Once the technical issues are overcome, streaming will really come into its own in combination with 5G connectivity, which could dramatically increase the total addressable market for the publishers by opening up AAA titles to the over 2.5bn mobile gamers across the world.”