Peter Spiller and other managers share lessons learned from decades of experience. 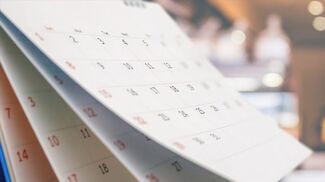 With the manager of Capital Gearing approaching his 40th anniversary of managing the company, the Association of Investment Companies (AIC) has released a list of the 27 managers with a track record of at least 20 years.

Peter Spiller will have been at the helm of Capital Gearing for a phenomenal 40 years on 5 April 2022. During his four decades as manager, he has seen seven UK prime ministers elected, countless international conflicts and inflation spike above 9% in 1990.

Out of all AIC member investment companies (excluding VCTs) with a history of longer than ten years, 143 (45%) have had at least one of their current fund managers in place for ten years or more.

Annabel Brodie-Smith, Communications Director of the Association of Investment Companies (AIC), said: “In uncertain times and amidst volatile markets, experience counts. It’s reassuring that nearly half of AIC member investment companies have had the same manager in place for ten years, while 27 investment company managers have guided their companies through two turbulent decades.

“The investment company structure, which allows managers to take a long-term view of their portfolios, helps to attract and retain the best people. Quite simply, fund managers love running investment companies, and the longevity of many managers is a sign that they have delivered for shareholders over the long term.”

The second longest-serving manager is Simon Knott, the manager of Rights & Issues for 38 years. Next is James Henderson who has managed Lowland Investment Company for 32 years as well as Law Debenture Corporation for 18 years and Henderson Opportunities for 15 years. Completing the top five are Job Curtis who has headed City of London for 30 years and Katie Potts, the longest-serving female investment company manager, who has been calling the shots at Herald for 28 years.

Below, Peter Spiller and some of the other longest-serving managers share the secrets of their success and lessons they have learned over their tenure. A table of investment company managers with a track record of 20+ years can be found at the bottom of this release.

What are your thoughts on reaching 40 years as an investment company manager?

Peter Spiller, Manager of Capital Gearing, said: “How much is different and how much the same. Equity and bond valuations were extraordinarily attractive in 1982 and the opposite is true now. Inflation was central to investors’ thoughts then, had a long period of quiescence with helpful demographics, technology and especially globalisation, and now looms large once again.

“We have always found great opportunity in investment trusts. They have outperformed and developed over the 40 years. Then exchange controls had disappeared shortly before and discounts were large. Essentially all the underlying investments were equities. Now a wide range of asset classes is available and discounts have been voluntary for over 20 years as a result of the ability to buy back shares. The opportunity for growth has visibly increased, although the willingness of some boards, notably of equity trusts, to embrace expansion has been patchy.

“The negative factor for trusts has been the regulatory changes that have had the unintended consequences of reducing liquidity and endangering the viability of many equity trusts. But there are solutions and the next 40 years will, I hope, see equity trusts increase their market share against open-ended funds as their relative performance deserves. The pace of that change depends on boards becoming more ambitious to build on past success. I consider myself very fortunate that trusts have proved excellent vehicles for equity investment throughout the years since 1982.”

What has been your approach during difficult times such as the pandemic, previous wars and recessions?

Peter Spiller, Manager of Capital Gearing, said: “Our asset allocation has always been driven by value; when prospective returns are good and risks low then duration should be long and the reverse is also true. So, for example in the late 1990s the S&P 500 as a whole looked very richly priced, but bonds offered extraordinary value, so we owned a lot, with proper duration and that served us well in the crash of 2000. Similarly, in 2019 and January 2020 renewable energy stocks were bid up to frothy levels, so we sold them all and went into the Covid crash with an exposure to risk assets of around 30%. We were therefore able to buy equities and property as value improved and raised the risk assets to about 50%. Valuation of markets as a whole never got down to compelling levels as a result of massive central bank support which is why the risk assets were not higher. With inflation where it is, such support cannot be relied upon now.”

Other long-serving managers on lessons learned and mistakes made

Georgina Brittain, Manager of JPMorgan UK Smaller Companies, said: “Every day as a fund manager is about learning. But probably the most important lesson I have learnt in my long career is to run my winners. I have bought a number of little small cap companies and benefited from their rise all the way into the FTSE 100. Successes like that do not come along often but have made a crucial difference to the long-term outperformance of the trust. Along the way there have of course been mistakes, but one that stands out is buying into a theme, rather than a company. No matter how correct the thesis might be, a company will only outperform if it delivers on its results.”

Julian Cane, Manager of BMO Capital & Income, said: “All investment managers make mistakes; it’s impossible not to as the future is unknowable. The goal has to be to learn from not only our mistakes, but also those of our peers and forebears. The biggest mistakes have been when I’ve strayed outside of my (and my team’s) areas of competence. Investing in strongly profitable businesses with robust balance sheets is unlikely to be a big mistake (although price is important); investing in poorly capitalised businesses with weak profitability can give spectacular returns if the businesses turn around, but that’s a tougher call and may well end in capital destruction.

“Having a rigorous investment process to help drive stock selection is essential. When times are more difficult it provides a framework to revisit why we have invested in some companies and importantly to separate noise (the sometimes volatile share price) from the signal (are the company’s prospects better or worse than previously?) The process helps to drive better decision making initially and also to catch mistakes at an early stage.”

The most challenging moments

Georgina Brittain, Manager of JPMorgan UK Smaller Companies, said: “There have been many challenging moments in my career: the tech boom and bust, the global financial crisis (GFC), and then of course more recently Covid-19. During the precipitous collapse in stock markets at the onset of the pandemic, I called upon my earlier experiences and learnings during the GFC. Most important was that by the time markets are falling, it is far too late to panic; such market declines offer an opportunity to buy more of the long-held, long-term winners in the trust, and this is what I did. Difficult to do at the time, but definitely beneficial to performance over the longer term.”

James Henderson, Manager of Lowland Investment Company, said: “When your approach is out of favour it is always difficult. The most extreme example of this was in the tech boom of the late 1990s when it was not just that the valuation of the favoured tech companies went up but everything else was sold down to finance the purchases. It was more extreme than now as there is currently more breadth in the market. Like all difficult periods you need to try and keep explaining even if people are a bit fed up with you: don't hide, keep talking.”

Julian Cane, Manager of BMO Capital & Income, said: “There have been three particularly challenging times. First, our portfolio was heavily invested in higher-yielding value shares during the boom in technology shares in the late 1990s. Performance lagged our benchmark, the board and shareholders were unhappy. Our analysis showed we couldn’t possibly justify the valuations of the tech stocks at that time and helped us to explain our stock selection. Performance rebounded very rapidly when the tech bubble burst in 2000.

“The global financial crisis of 2007 to 2009 was another very difficult period. With hindsight, we had not understood the extent of leverage within the financial system and the repercussions that stemmed from this. This was less a question of our performance being adrift from the market, more a question (particularly around the time of the collapse of Lehman Brothers) as to whether the financial system itself would survive. We took the view international governments and monetary authorities would do everything they could to find a solution. They did, subsequently leading to confidence and markets rebounding.

“The third period is now. The list of negative factors is unprecedented in my working lifetime: a war in Europe, soaring commodity prices and UK inflation at 30-year highs, central banks increasing interest rates and reversing quantitative easing, supply chains and economies still recovering from Covid, and the possibility of the reversal of decades of globalisation as the security and provenance of supplies become much more important. It’s said markets climb a wall of worry, but there’s some serious scaling to be done.”

What advice would you give to your younger self in the role?

Georgina Brittain, Manager of JPMorgan UK Smaller Companies, said: “Make your successes visible. If you really have conviction in your ideas because you have done your work and have the evidence you need, you should feel confident to stick your neck out – that’s what we, as fund managers, do all day every day.”

Julian Cane, Manager of BMO Capital & Income, said: “Don’t be afraid to ask dumb questions – be worried if you get a dumb answer. There are plenty of storytellers amongst company managements and stockbrokers, telling you what they think you want to hear. Trust, but verify. Once you’ve done the necessary research, back your judgement. Your successes will outweigh the mistakes.”

James Henderson, Manager of Lowland Investment Company, said: “Keep enjoying it. Observing good managements and seeing how it all plays out is fascinating and fun. It is a privilege to be paid for doing it. But don’t tell the management at JHI that!”

Batten down the hatches!

5 July 2022
Marcel Stötzel, portfolio manager of the Fidelity European Trust, outlines why he thinks that some European tech businesses could be key enablers of the metaverse, with the potential to strengthen brand loyalty and boost industry profits.

Taking stock in a volatile market

Why now could be the time to buy UK equities

Latin America to the rescue?