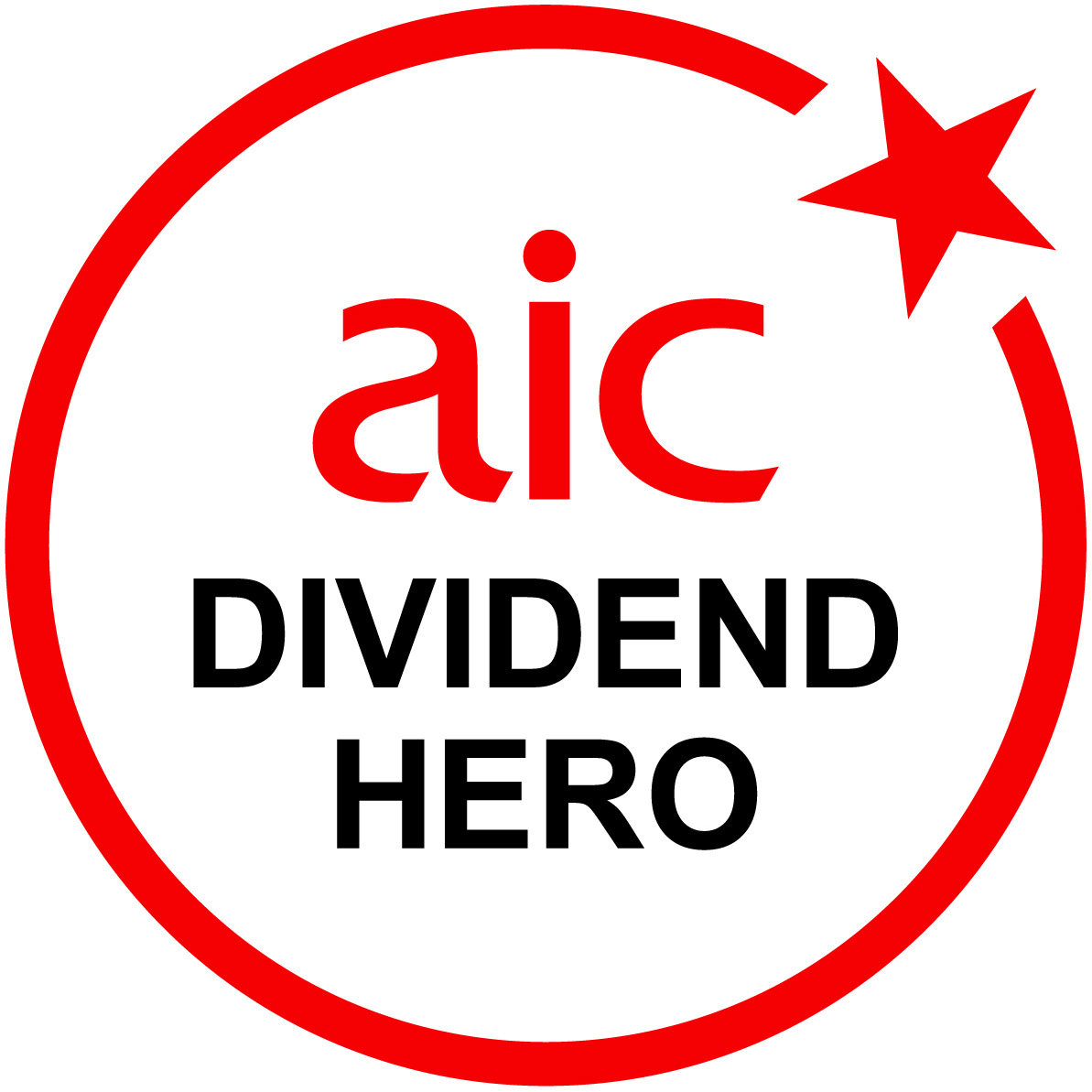 The Association of Investment Companies (AIC) today has published its list of dividend heroes, the investment companies which have increased their dividends for 20 or more years consecutively.

There are 20 dividend hero investment companies and of these four have increased their dividends for more than 50 years in a row, using their ability to reserve up to 15% of their income to smooth dividend payments in good times and bad.

City of London, Bankers and Alliance lead the way having increased their dividends for a staggering 52 consecutive years. Following closely behind is Caledonia which has raised dividends for 51 years in a row.

So far in 2019 eight dividend heroes have announced another year of increases. Today F&C Investment Trust reached its 48th year of rises, joining BMO Global Smaller Companies which also boasts 48 years. JPMorgan Claverhouse achieved its 46th consecutive increase last week. At the beginning of March, Alliance Trust and Scottish American announced their 52nd and 39th year respectively. In February, Brunner, Witan and Temple Bar achieved their 47th, 44th and 35th increases respectively and Bankers announced its 52nd annual increase in January. A full list of dividend heroes is available in the table below.

Job Curtis, Fund Manager of City of London which has the longest record of consecutive dividend increases, said: “At the core of City of London’s portfolio are companies that can consistently grow their profits and dividends. I also like a relatively diversified portfolio across companies and sectors to benefit from different stages of the economic cycle and to reduce risk. Even the very largest companies can have sudden severe problems, such as when BP had to stop paying a dividend after the Macondo oil disaster in 2010.

“City of London could not have achieved the 52 years of continuous dividend growth without being an investment trust. In the good years for dividends, we retain some earnings to add to our revenue reserves. During periods of dividend cuts, we can draw down our revenue reserve to continue increasing our dividend. In the 27 years that I have been City of London’s fund manager, we have used the revenue reserves seven times. The investment trust structure undoubtedly has significant advantages in providing investors with consistent growth in income. With a 4.3% historic dividend yield, as measured by the FTSE All Share Index, UK equities remain attractive for those seeking income. In general, dividend increases from UK companies were satisfactory during the recent corporate results season.”

Annabel Brodie-Smith, Communications Director of the Association of Investment Companies, said: “Investment companies have unique benefits when it comes to delivering a dependable and growing dividend to investors. They can retain up to 15% of the income they receive each year, meaning they can squirrel away income in good years to boost dividends in leaner ones. This has enabled the 20 dividend heroes to achieve their enviable records of dividend growth, raising dividends for more than 20 years. With interest rates still low, the ability of investment companies to pay dependable and rising dividends is as important as ever.”