How will Canadian investments be affected by the federal election? 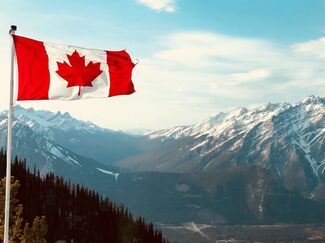 In the run up to the Canadian federal election on 20 September, the Association of Investment Companies (AIC) has spoken to managers of investment companies with Canadian holdings. They discuss the opportunities Canada presents for investors, which equity sectors they’re most enthusiastic about and how the result of the election might affect investment company holdings.

The appeal of Canada

Jonathan Morgan, Executive Vice-President and COO of Canadian General Investments, said: “Canada remains an attractive investment destination which has been neglected by international investors in recent years. Canada’s economy has proved resilient throughout the COVID crisis, helped by the support of the federal and provincial governments. This support has been among the most generous but does raise worries of how the debt incurred will be paid off. Fortunately, Canada enjoys the lowest net governmental debt levels in the G7.

“Beyond the economic supports provided by the Canadian governments, Canada has also managed to navigate the epidemiological challenges of the COVID pandemic fairly well so far, with an infection rate in proportion to its population significantly below those of the UK and US, and a vaccination rate in excess of both of these as well. Fortunately, vaccination and other epidemiological safety measures have remained largely apolitical.”

Dean Orrico, Manager of Middlefield Canadian Income Trust, said: “We have witnessed an unprecedented earnings recovery for Canadian companies this year. This has driven a significant move in equity prices. While corporate earnings have exceeded expectations, we believe forward estimates remain relatively modest. As a result, Canadian equity prices continue to be very attractive in our view.

“Overall, the corporate sector is very well positioned. Companies are well capitalised with record levels of cash to deploy as the economy reopens, and consumer optimism remains high thanks to one of the highest vaccination levels in the world. Furthermore, Canada is better positioned than most developed countries to benefit from a rebound in global growth as domestic companies have a large portion of their revenues tied to foreign operations.”

Duncan Ball and Frank Schramm, Co-CEOs of BBGI, said: “BBGI has been investing responsibly and selectively in availability-based infrastructure assets in Canada since our IPO in 2011 and we currently have 15 portfolio investments there. The country is one of our key markets and we are attracted by the strong market fundamentals. The Canadian Federal Government has a very strong credit rating (AAA from Standard and Poor’s, Aaa from Moody’s Investor Service and AAA from DBRS) and the provinces and territories also enjoy strong credit ratings. There is a well-developed pipeline of existing and proposed infrastructure projects with well-established protocols for infrastructure procurement.”

Impacts of the upcoming federal election

Dean Orrico, Manager of Middlefield Canadian Income Trust, said: “First and foremost, regardless of the election outcome, we believe Canada will likely realise a full economic recovery in 2022. Having said that, we do acknowledge that policy changes can create periodic opportunities and price disconnections which can be exploited by active management. For example, our positive long-term view and corresponding positioning in renewable power has been influenced by the Liberal government’s commitment to green energy. As a result of supportive fiscal policy, Canadian companies such as Northland Power and Brookfield Renewables have become international leaders in the renewable power sector. These firms are increasingly responsible for building some of the world’s largest wind and solar projects, helping some of the globe’s leading companies such as Google and Facebook meet their carbon emission targets.

“Perhaps the biggest development in this election is the Conservative Party’s willingness to pivot to the political centre on various social issues as well as their explicit support for measures to tackle climate change and promote growth in green power. Another potential catalyst for the industry is coming from the US, where a flood of government spending toward power grids should benefit Canadian renewable companies and their US-based operations.”

Duncan Ball and Frank Schramm, Co-CEOs of BBGI, said: “Irrespective of the outcome of the upcoming federal election, all parties are proposing to use infrastructure spending to stimulate the economy. As well, many of the provinces have announced large infrastructure spending plans. In addition to these potential primary opportunities, there is an active secondary market – last year we acquired further interests in Stanton Hospital and Kelowna Vernon Hospital and made new investments into Champlain Bridge and Highway 104.”

Jonathan Morgan, Executive Vice-President and COO of Canadian General Investments, said: “We do not expect the Canadian federal election to have a significant effect on the Canadian markets. There are few significant policy divergences between the major parties that are likely to be enacted. All indicators at the moment suggest either a return to the status quo, with centre-left Liberal leader Trudeau back in charge of a slightly diminished Liberal minority government, supported by the left-wing New Democratic Party, or, less likely, a Conservative Party minority government.”

Dean Orrico, Manager of Middlefield Canadian Income Trust, said: “Our strong performance this year has been led by the sharp rebound in financials and real estate, two segments of the Canadian market which possess significant upside based on the continued positive momentum in fundamentals and corresponding attractive valuations.

“Financials, led by banks, just released their fourth consecutive quarter of double-digit positive earnings growth and we expect dividend increases to be reinstated as early as this fiscal year. As most investors know, Canada has one of the most sophisticated and stable banking systems in the world. Their businesses are diversified across lending, capital markets and wealth management and are also diversified geographically with major networks throughout the United States. They also, on average, continue to trade at a discount to the larger US. banks while possessing higher capital ratios.

“The real estate sector remains equally attractive, especially the industrial property market. E-commerce continues to drive increasing demand for last mile logistics and new supply is unable to keep pace with the rate of absorption. National vacancies continue to fall to all-time lows and Toronto, Vancouver and Montreal now represent the tightest markets in North America for industrial space. As a result, we have a major investment focus on this sector and believe it continues to offer attractive total return potential.”

Jonathan Morgan, Executive Vice-President and COO of Canadian General Investments, said: “The Canadian tech sector has stayed robust, with industry leaders in online commerce facilitation, such as Shopify Incorporated, and relative newcomers, such as Lightspeed Commerce Inc, both showing tremendous growth. The Canadian housing market continues its multiple decade run and detached house and multifamily unit prices continue to hit new heights. The long-suffering Canadian energy sector is enjoying a period of recovery, while the forestry sector, which recently had a major upward spike followed by some weakness, is showing strength again.

Duncan Ball and Frank Schramm, Co-CEOs of BBGI, said: “We will continue to follow our proven acquisition strategy which is focused on availability-based investments only with strong ESG performance, which should allow BBGI to maintain long-term, predictable, and stable income to our shareholders, and non-financial returns to the communities our assets serve. We will continue to invest in sectors like transport, healthcare, blue light and justice, education, affordable housing and other sectors which may emerge, so long as they are consistent with our availability-based theme.”

6 December 2021
UK expected to be best performing region next year.

3 December 2021
To mark the 30th anniversary of the launch of the Fidelity European Trust, What Investment’s editor-in-chief Lawrence Gosling spoke to the current lead portfolio manager Sam Morse.

One minute to midnight