The transformation of UK infrastructure investment 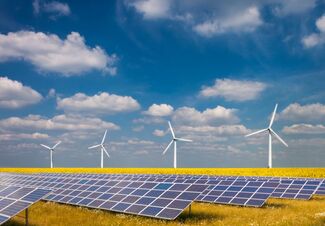 As Ian Reeves, chairman of GCP Infrastructure Investments (GCP), approaches stepping down, he explains how infrastructure funding in the UK has changed over the years.

Q When did private sector investing in infrastructure take off?

IR: After the banking crisis in 2008, the banks, which were the main providers of mezzanine finance and senior debt for projects procured through the UK government’s Personal Finance Initiative (PFI), retreated to core lending sectors, away from infrastructure which at the time was a newer asset class.

We saw an opportunity to set up a closed-ended fund, listed on the London Stock Exchange, which would attract investment from wealth managers and institutional sources such as pensions, insurance companies and sovereign funds. It was intended that GCP would primarily finance subordinated loans secured against the value of PFI projects.

Q How does the investment work?

IR: GCP was the first listed infrastructure debt fund on the London market. This is still the case today, with GCP providing a mix of senior and subordinated loans secured against UK infrastructure projects with public sector-backed revenues and providing sustainable, long-term dividends for investors.

Q How did the market change?

IR: We started off refinancing existing PFI projects and started to become involved in new PFI projects. However, over time the UK government decided to move away from PFI.

In my view the UK was a victim of its early innovation: the UK was one of the first countries to use the PFI model of public and private sector partnership to procure financing for new infrastructure. Whilst early mistakes were made, the mechanism evolved in response to these mistakes and PFI (or a derivative thereof) continues to be a popular procurement model in most developed countries. Rather than capitalise on its early learnings, the level of PFI and PF2 procurement was significantly reduced.

Q Where did new opportunities come from?

IR: Reduced pipeline from PFI meant we had to consider whether there were other infrastructure asset classes that benefited from public sector-backed revenues and that could continue to provide our investors with an attractive risk-adjusted return. At that time, the government was introducing revenue support models to promote the development of renewable electricity generation. The Climate Change Act in 2008 pointed to a structural shift towards renewables and our assessment was that this shift would require large amounts of private sector capital. The existence of public sector support through feed-in tariffs, renewable obligation certificates (ROCs), the renewable heat incentive and latterly contracts for difference, has meant renewables have become a core part of GCP’s portfolio.

IR: When CGP launched its first C-share issue intending to invest the issuance proceeds into renewable energy, some of our shareholders were reluctant, driven by the fact renewables was a nascent asset class in the UK. To reassure investors, we gave a soft undertaking not to put more than 10% of the gross assets of the fund into renewable assets at that time. Today renewables is a well-established asset class with dedicated funds targeting sectors such as wind and solar.

Q How did social housing investment come about?

IR: The next phase of the development of our business was to further diversify asset classes within the investment policy. We identified supported social housing as an asset class with strong fundamentals that benefited from a well protected, central government-funded housing benefit budget. We were one of the first investors to put institutional funds into this form of accommodation.

IR: Carbon sequestration, flexible generation, electric vehicles, biogas and hydrogen form part of a large and attractive pipeline of investment opportunities. As the UK embarks on the largest transformation of its infrastructure in recent history in achieving the transition to Net Zero, there will be a significant private sector investment requirement to support this and the need for public sector support across a range of asset classes.