The importance of investment company boards 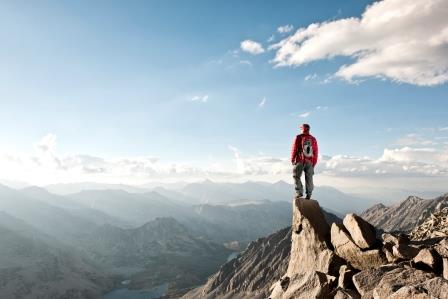 Individual investors may feel overcharged and undervalued by some financial organisations that seem to be more interested in the weight of money wielded by institutional investors. But shareholders in investment companies enjoy valuable protection built into the structure that is currently unavailable to investors in any other form of pooled fund.

Who looks after individual investors? Independent directors of investment trusts, that’s who.

What do these directors do? Unlike unit trusts and open-ended investment companies (OEICs), investment trusts operate under company law and are led by a board of directors who have a legal obligation to represent the interests of all shareholders, who are the owners of these companies.

Fine words, but where’s the proof they are put into action? More than a third of investment trusts have cut management fees in the last five years. Replacement of fund managers - who are hired and fired by boards of directors - is a rarer event but remains a beneficial ‘stick’ to balance the ‘carrot’ of bonuses.

Leading analyst Simon Elliott of the stockbroker Winterflood recalled a few recent examples. He told me: “We believe that the board of what was Schroder UK Growth and is now Baillie Gifford UK Growth made a decisive move in appointing Baillie Gifford as its investment manager, which is reflected in the fund’s subsequent re-rating.

“Another positive development, in our opinion, is the pending merger between Standard Life UK Smaller Companies and Dunedin Smaller Companies. Both boards involved have been supportive of this move and we believe it makes sense to consolidate the vehicles, which should lead to better market liquidity while its ongoing charges ratio should fall.

“The case of John Laing Infrastructure’s acquisition is an interesting one, as is the role of its board in accepting the offer. We can see the board’s argument that the offer represented a premium that was equivalent to several years of expected returns.”

Another shrewd observer of the stock market, Alan Brierley of wealth managers Canaccord Genuity, pointed out: “Schroder Asian Total Return and Monks investment trusts both had their fortunes reinvigorated as a result of decisive action taken by their boards after many years in the wilderness.

“Schroder Asian Total Return’s board addressed a poor performance record by introducing an outstanding management team with an innovative approach to portfolio construction. The team has since continued to deliver truly exceptional long-term risk-adjusted returns.

“The market capitalisation has risen by more than 50% since the beginning of last year and this has improved marketability and lowered the ongoing charge. We also welcome the recent reduction in management fees.

“At Monks Investment Trust, the past three years have seen a dramatic transformation of fortunes. In March 2015, the Board appointed Baillie Gifford’s Global Alpha team and there has been a significant reversal in supply/demand dynamics which has seen a 12% discount to net asset value move to a 1% premium.”

Much of the work of directors is less dramatic but also important, as James de Sausmarez, head of investment trusts at the asset manager Janus Henderson explained: “The board challenges and questions, they ask why a fund manager is doing what he or she is doing - and I think managers enjoy the interaction.

“If you are an individual investor, it’s enormously comforting to know there is a group of diversely skilled people overseeing the manager. Mutual funds – such as unit trusts and OEICs – don’t have the same level of challenge.”

So, while most of the work of investment trusts’ boards of directors is undramatic and unseen, it does give this form of pooled fund important advantages over rival routes into the stock market. In the view of this investment trust shareholder for more than a quarter of a century, it also provides refreshing exceptions to challenge widespread cynicism about City slickers patting each other on the back at the expense of small savers.

7 May 2021
Ian Cowie dives into the Renewable Energy Infrastructure sector.