Ten years on from the introduction of the Retail Distribution Review, David Prosser looks at the impact it has had and how the investment companies sector continues to benefit. 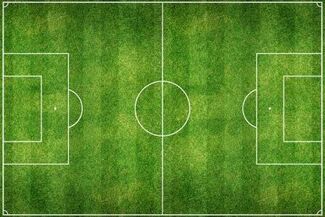 Next year marks a significant anniversary for the investment companies sector: next December, it will be ten years since the then Financial Services Authority implemented the Retail Distribution Review (RDR). A decade on, the impacts of this fundamental shake-up of financial services regulation are still being felt – and the investment companies sector continues to benefit.

The most significant RDR reform of all for the industry was a ban on financial advisers receiving commissions from fund providers when advising clients to invest in their funds. Looking back, it seems remarkable that this way of doing business was allowed to persist for so long – how could advisers not face conflicts of interest when getting paid by the industry to sell its products despite their primary duty to act in the best interests of their clients?

Undoubtedly, investors suffered, frequently ending up in funds that paid the best commissions to advisers, rather than the best funds for their needs. But the commission structure also led to the long-term decline of the investment companies sector. As listed companies, these funds were never allowed to pay sales commissions; surprise, surprise, financial advisers routinely ignored them, despite their superior track records of long-term performance.

The sector has not had it all its own way. One reason investment companies have tended to outperform other types of fund is that they have historically levied lower charges. However, freed from the need to pay commissions, open-ended funds have been able to reduce their charges too. That has forced investment companies to respond with price cuts of their own – another 31 have reduced charges this year according to the AIC’s review of 2021.

There has also been a debate about liquidity. Some advisers – particularly the large ones – worry that smaller investment companies don’t offer the liquidity they need. They are anxious that making large purchases or sales on behalf of clients will move the price. Those worries are prompting more investment company mergers, as funds pursue scale – there have been five such consolidations this year, more than in any previous year.

Still, the flipside of the liquidity debate is that investment companies are an excellent way for investors to get exposure to illiquid assets – property, infrastructure and private equity, for example. Since investors can trade their shares on the market irrespective of what is happening to the fund’s underlying portfolio, they don’t run the risk of getting locked in.

That advantage enables investment companies to offer exposure to a much broader range of asset classes – and the range has continued to grow since RDR. This year’s new fund launches have been concentrated in areas including infrastructure, renewable energy, private equity and venture capital, real estate and even leasing. Many of these areas were more or less inaccessible to ordinary investors a decade ago.

The bottom line is that RDR was all about levelling the playing field. By taking adviser remuneration out of the equation, funds have been left to compete on more fundamental questions – their performance, their cost, their innovation and their accessibility. The investment industry is so much better for that – these are the issues that really matter.