Faith Glasgow considers the importance of fund managers' transparency about their personal stakes in the investment companies they run to investors. 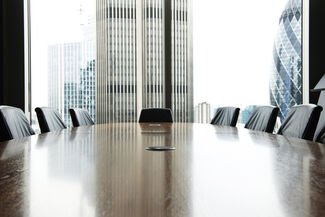 As an investor, the chances are that you would have greater confidence in an investment company or trust if you knew the fund managers had invested their own money in the fund and therefore stood to enjoy the gain or feel the pain alongside other shareholders. But that information can be hard to track down.

Increasingly, a personal stake is standard practice among both trusts’ boards of directors and the managers running the portfolios. According to Alan Brierley of Investec, which runs a biannual report on manager stakes in investment trusts, “it has become the accepted norm for Boards and managers to have a meaningful personal investment in the companies that they represent”. Indeed, there’s been a seven-fold increase in the value of such investments since the first Investec report in 2010.

However, while you’d have no trouble finding out about the stakes of your company’s board of non-executive directors - who must disclose their shareholdings in the annual report, in line with any other listed company – it’s not so easy when it comes to the managers who run the portfolio.

In the UK, there is no obligation for open- or closed-ended fund managers to reveal whether they hold ‘skin in the game’, or how much if so. In contrast, US managers have been obliged since 2005 to reveal the extent of their investment in their own funds.

Broker interactive investor’s collectives specialist Kyle Caldwell comments: “This level of transparency is miles ahead of the UK, where there’s no requirement for a fund manager to disclose whether they invest. Of course, skin in the game does not guarantee superior investment performance, but we feel it is a question that should not just be reserved for analysts and journalists.”

That message is echoed by ii customers. In a survey of 1,800 website visitors, 88% said it should be mandatory for managers to disclose whether they invest in their own funds, and how much if so.

To that end, ii recently asked the managers of its Super 60 and Ace 40 rated fund lists, which comprise both open- and closed-ended funds, to indicate how much, if anything, they invest in their own vehicles. The broker found that 77 of the 84 rated fund managers (94%) have holdings in the funds they manage, but 49 managers – almost two thirds of those – preferred not to say how much their investment amounted to.

Among those who did specify an amount, investment trusts came out relatively well. Ten of the 20 trust managers on the shortlists allocated their investment value to one of five bands, ranging from ‘below £50,000’ to ‘above £1m’. (In contrast, only a third of the 60 open-ended fund managers were prepared to do so.)

Moreover, some managers were much more open about their stakeholdings than others. For instance, Lindsell Train explained that manager Nick Train has more than £1m in Finsbury Growth & Income Trust, but does not hold its open-ended sibling, LF Lindsell Train UK Equity.

“The two products (the OEIC and investment trust) are managed in tandem, the investment strategy implemented in exactly the same way for both, and they have broadly similar portfolios,” states Lindsell Train; in other words, Train is backing his own approach and stock selection, but favours a closed-ended structure for the portfolio.

However, it’s important to recognise that the concept of skin in the game is about providing evidence of genuine managerial commitment and improving transparency for investors. As interactive investor’s Caldwell points out, it does not necessarily equate to superior share performance.

At Winterflood, head of research Simon Elliott takes a sceptical line. “While the principle of managers ‘eating their own cooking’ is not entirely without merit, we always raise at least one eyebrow when some commentators bang the drum for ‘skin in the game’,” he observes.

Elliott points to a lack of “any compelling evidence that there is a correlation between the size of a holding by the investment manager and the performance of the investment company”.

But he also highlights examples of investment trusts that have disappointed despite large managerial stakes, including Alexander Darwall and The European Opportunities Trust, and Marco Gabelli’s Gabelli Value Plus+ Trust.

“In addition, there have been numerous instances in recent years where a large stake held by an investment manager has led to corporate governance issues. Third Point Investors, Pershing Square Holdings and Gresham House Strategic are all examples of this.” Other disappointments highlighted in the Investec report include JZ Capital Partners, Boussard & Gavaudan and Manchester & London.

Mandatory disclosure would be a valuable step toward greater investment transparency, but investors should not kid themselves: it’s possible for managers to have too much skin in the game.