Ian Cowie discusses the implications of the Biden presidency. 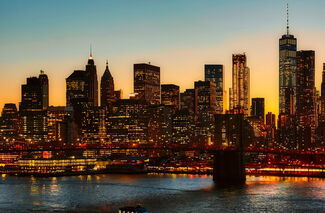 Shareholders in investment companies focussed on the world’s biggest economy have been well-rewarded for many years. But will the new American President, Joe Biden, be able to extend that trend? Or will he struggle to cope with challenges as various as the coronavirus, climate change and China’s re-emergence as the world’s second-largest economy?

His appointment of Janet Yellen, former chair of the US Federal Reserve or central bank, as Treasury Secretary, gave investors reasonable grounds to be cheerful - and fearful. The first woman to have held both posts confirmed that the incoming administration intends to spend more on healthcare as part of a $1.9 trillion stimulus for the economy but warned that taxes on companies and the wealthy will need to rise.

During Senate confirmation hearings, Yellen described climate change as “an existential threat” and accused China of “abusive, unfair and illegal practices”. Closer to home, she said: “Neither the President, nor I, propose this relief package without an appreciation for the country’s debt burden. But right now, with interest rates at historic lows, the smartest thing we can do is act big.”

America’s short, medium and long-term outperformance can largely be explained by this economy’s strength in sectors including healthcare and technology. Both have been boosted by bids to find vaccines for the coronavirus - or even a cure - and global trends toward working from home and shopping online. For example, Baillie Gifford US Growth (stock market ticker: USA) is the top performer in its sector over the last year. It generated an eye-stretching total return of 131 per cent from a technology-focussed portfolio where the three largest holdings are the electric carmaker, Tesla, the Canadian online retailer, Shopify, and its bigger American competitor, Amazon.

JPMorgan American (JAM) is this sector’s leader over the last 10 years with total returns of 2​​​​​​​85 per cent, followed by 20 per cent over the last year. JAM’s biggest holdings are the technology giants Apple and Microsoft, with Amazon in third place. Neither company pays much in the way of dividends, USA’s yield is zero and JAM’s is just 1.1 per cent. So income-seekers in this sector may favour alternatives such as North American Income (NAIT) and Middlefield Canadian Income (MCT), which yield 4 per cent and 5.5 per cent respectively. However, it’s only fair to say that the price of a higher income has been lower total returns recently. The latter were negative over the last year at both MCT and NAIT, at minus 8 per cent and minus 17 per cent respectively.

Higher total returns have been achieved by JPMorgan US Smaller Companies (JUSC), a long-established constituent of my ‘forever fund’ which seeks capital growth from mid-sized businesses and corporate tiddlers. JUSC delivered 14 per cent, 169 per cent and 344 per cent over the last one, five and 10-year periods. Of course, it is not necessary to have “America” or “US” in an investment company’s name to obtain exposure to the world’s biggest economy. Polar Capital Technology (PCT) has been a top 10 holding in my forever fund or life savings for more than a decade. PCT’s portfolio is led by Apple, Microsoft and Alphabet - the name under which Google is listed in New York - and 68 per cent of its assets are based in the USA and Canada. This investment company’s returns over the three standard periods were 41 per cent, 323 per cent and 515 per cent.

Similarly, Worldwide Healthcare (WWH) - another top 10 holding in my forever fund for more than a decade - has 67 per cent of its assets in America. Its three biggest assets are Boston Scientific, Bristol-Myers Squibb and Merck. Total returns were 22 per cent, 141 per cent and 538 per cent.

A more recent investment, International Biotechnology Trust (IBT), has 94 per cent of its net asset value (NAV) allocated to America. The search for a vaccine boosted IBT to return 42 per cent over the last year with 141 per cent and 571 per cent over five and 10-year periods. Here and now, IBT yields healthy income of 3.4 per cent. Another recent investment of mine, US Solar Fund (USF), also pays us to be patient with a yield of 5.1 per cent.

That’s some comfort to investors as stock markets suffer a bout of uncertainty about valuations and fears of a resurgent virus. Whether medium to long-term investors will enjoy a Biden bounce or endure a bumpy ride remains to be seen. But global leadership in healthcare and technology is likely to be significant. Or, as the legendary investor Warren Buffett advises: “Never bet against America.

9 February 2021
David Prosser explains how to prepare for tax changes ahead of the spring budget.