Seven tips from Jennifer Hill for when a star manager departs. 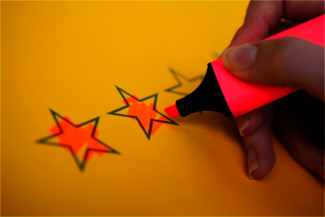 Having a ‘star’ fund manager with a strong track record in your portfolio can give a sense of great comfort. The flipside is a feeling of uneasiness upon news of their departure.

The departure in April 2022 of James Anderson, co-manager of the mighty Scottish Mortgage, Britain’s largest investment trust with assets of more than £20 billion, is a high-profile case in point.

So how worried should investors be when a star manager leaves?

The closed-ended structure means there cannot be a run on the fund that would leave investors exposed. “Redemptions are not a factor – this point can’t be overstated,” says James Sullivan, head of partnerships at Tyndall Investment Management.

Moreover, although investment companies can swing to discounts when a star manager moves on, this may create a buying opportunity (more on this later).

The existence of independent boards is another key benefit. “These ensure the transition to the new manager is right for investors, not just for the appointed investment manager,” adds Sullivan.

The digital revolution has given professional investors access to a wealth of information, diminishing the importance of a single star stockpicker and putting the emphasis on the robustness of the investment process.

“The fear of a star fund manager departing mattered a lot more when access to market information was gleaned off ticker tape and not Bloomberg,” says James Penny, UK chief investment officer at TAM Asset Management.

“On the whole, in developed markets, the strength and depth of a fund’s team speaks volumes about its ability to deliver consistency. My mentor in the City always told me, ‘when you shoot the lights out, everyone’s in the dark’. In an age where performance consistency is a valuable commodity, that adage rings true in regard to the importance of star fund managers versus strength in process.”

Investors are most at ease when the new lead manager has worked on the trust for some time in a deputy role. James Carthew, head of investment company research at QuotedData, says the “perfect recent example” of this is Roderick Snell taking over from Ewan Markson-Brown at Pacific Horizon, another Baillie Gifford trust, following the latter’s departure for Crux Asset Management.

In the case of Scottish Mortgage, Anderson hands over to co-manager Tom Slater, who again has a longstanding role in running the trust.

“What is key is having a good understanding of the wider investment team and knowing who is responsible for what,” says Nick Wood, head of fund research at Quilter Cheviot. “What we look for is a trust with a clear succession plan, where we know exactly what will happen when the time comes for a star manager to move on and for another to step up to the plate.”

If your manager has been replaced due to poor performance, is this down to a lack of manager skill or has their style been out of favour?

Temple Bar lost its long-standing manager Alastair Mundy last year owing to ill health, following a long period of underperformance for his value style, and management of the trust moved from Ninety One (previously Investec) to RWC.

“We have added Temple Bar in one portfolio and like the stocks owned so far, but these are early days,” says IpsoFacto Investor director David Liddell.

5. Watch out for warning signs

Style drift is one warning sign that a new manager may be taking a different direction. “A value manager who starts to buy into momentum would be a classic warning sign,” says Kamal Warraich, an investment analyst at Canaccord Genuity Wealth Management.

“A more subtle warning sign is staff turnover – a key departure sometimes kickstarts a run of departures. Keep an eye on fund flows too, which in extreme cases can force a fund’s profile to change.”

Many investment trusts have become synonymous with a single manager, but have often prospered under a new name.

“Fidelity China Special Situations was launched on the back of Anthony Bolton’s reputation, but Dale Nicholls has so far proved to be the better manager of Chinese stocks,” says Carthew. Similarly, “Brian Ashford-Russell took Henderson Technology Trust to Polar Capital and helped launch that business, but Polar Capital Technology has thrived under his successor, Ben Rogoff.”

Discount widening can create the opportunity to capitalise on the departure of a star manager.

“Increasing your investment in an investment trust because you know the fund has long relied on depth of process and a focus on teamwork, as opposed to a lone manager buying and selling at will, could mean significant alpha generation when the rest of the market realises the fund is absolutely fine without that one precious manager,” adds Penny. 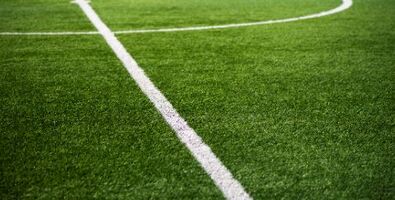 Performance of investment companies relative to comparable open-ended funds, to the end of June 2021.