Controlling shareholders defiantly voted to preserve their own interests to the detriment of general shareholders.

AVI submitted a combination of shareholder proposals to address poor capital allocation and governance typically associated with companies controlled by a dominant shareholder.

At SK Kaken, a majority of general shareholders (i.e. shareholders other than inside  and strategic shareholders (including the founding Fujii family)) voted FOR AVI's proposals for a 10-for-1 stock split and cancellation of treasury shares to improve liquidity.

A majority of SK Kaken general shareholders also voted AGAINST re-electing Statutory Auditor Shoji Hamano. ISS recommended AGAINST this candidate because of lack of independence.

At Tokyo Radiator, one in four general shareholders voted FOR AVI's proposals to return to shareholders ¥5.5 billion in idle cash on deposit with controlling shareholder Marelli.

Proposals to establish a Nomination and Compensation Committee to bring greater independence and an incentive compensation system for senior management to better align management and shareholder interests received the same level of support from general shareholders.

At NS Solutions, AVI's three proposals for a modest dividend, share buyback, and establishment of a performance-linked executive incentive compensation system were approved by 39%, 33% and 29% of general shareholders.

Details of voting results for each proposal are shown in the charts below.

"Investors will continue to discount controlled company stocks deeply as long as dominant shareholders are permitted to treat them as convenient servant companies."

1  AVI estimate. Percentage of votes approved, assuming that all voting rights held by Marelli Corporation were cast against the proposals and excluding those negative votes.

2  AVI estimate. Percentage of votes approved, assuming that all voting rights held by Nippon Steel were cast against the proposals and excluding those negative votes.

RNS may use your IP address to confirm compliance with the terms and conditions, to analyse how you engage with the information contained in this communication, and to share such analysis on an anonymised basis with others as part of our commercial services. For further information about how RNS and the London Stock Exchange use the personal data you provide us, please see our Privacy Policy.
END
MSCDKBBKBBKDDOK 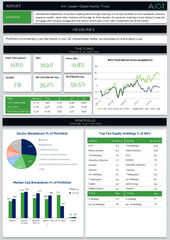 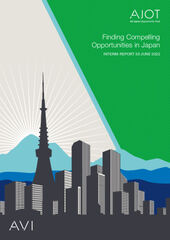 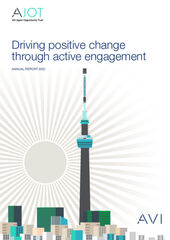