The Board of Directors (“Board”) of Third Point Investors Limited (the “Company”) acknowledges receipt on 30th September of a further communication from Asset Value Investors (“AVI”). This relates to AVI and certain other shareholders' second attempt to requisition an Extraordinary General Meeting to consider a Resolution concerning discount control. The Company has today written to AVI to inform it that it will not be convening such a meeting, and hopes that this will put an end to AVI’s continued attempts to commandeer the apparatus of the Company in pursuit of its own agenda, at the expense of all shareholders.

The Board reminds investors that it:

Given the above, and the basic fundamental principle that responsibility for the management of a company is vested in its board of directors, the Board finds it disappointing that AVI has sought to continue its campaign to hold a special meeting to voice its own position. While AVI has justified its behaviour by arguing that it is only pursuing a so-called “Advisory Vote”, the concept of an advisory resolution is flawed in law, as AVI surely is aware. Given the obviousness of this “first principle”, the Board does not intend to engage in a legal argument with AVI and hopes that that it will not be necessary to waste further resources on any court action.

The Board understands that this campaign serves AVI as a means of drawing attention to itself, albeit through novel legal arguments and an incorrect understanding of how companies work. The Board also regrets the continued misdirection of resources and attention for the Company and the cost to all shareholders of addressing AVI's campaign. The Board further notes that the London-listed investment trust managed by AVI, which trades at a persistent discount, has not itself adopted discount-control mechanisms similar to those AVI advocates for the Company.

The Board has today announced separately that it is also expressly inviting a discussion of shareholders at the December EGM on discount control and, if shareholders so wish, on the issues raised by AVI in its campaign. Open and transparent discussion is invited. No vote on this matter will be held. There will be another AGM next year where shareholders will again have the right to express their views on the Board's current strategy through their support (or not) for the vote on the re-election of the directors, just as they did in their support for the current Board at the AGM in July of this year.

The Board is satisfied that its accessibility to shareholders generally, along with the engagements referred to above, afford it full opportunity to hear shareholders' views on all issues affecting the Company, in accordance with a high standard of corporate governance. The Board does not intend to abrogate its responsibilities to determine an appropriate discount control package in the best interests of the shareholders as a whole. Specifically, it is not the Board’s responsibility to provide immediate liquidity to some shareholders whose objectives are at odds with the interests of investors wishing to benefit from the Company's long-term returns (and whose holdings are of a size which would make liquidation difficult in the ordinary course of business).

Finally, the Board reiterates its belief that the Company provides a unique return stream that is and will continue to be an appealing product for investors. To wit, the NAV of the Company's shares at the time that AVI first made its request for a tender on 12 November 2020 was $22.93, a full 24% below the current market price of the shares of $30.20, having now reached an all-time high.

Third Point Investors Limited (LSE: TPOU) was listed on the London Stock Exchange in 2007 and is a feeder fund that invests in the Third Point Offshore Fund (the Master Fund), offering investors a unique opportunity to gain direct exposure to founder Daniel S. Loeb’s investment strategy. The Master Fund employs an event-driven, opportunistic strategy to invest globally across the capital structure and in diversified asset classes to optimize risk-reward through a market cycle. TPIL’s portfolio is 100% aligned with the Master Fund, which is Third Point’s largest hedge fund. TPIL’s assets under management are currently $1.1 billion.

Third Point LLC is an institutional investment manager that actively engages with companies across their lifecycle, using dynamic asset allocation and an ethos of continuous learning to drive long-term shareholder return. Led by Daniel S. Loeb since its inception in 1995, the Firm has a 37-person investment team, a robust quantitative data and analytics team, and a deep, tenured business team. As of 30 September 2021, Third Point manages approximately $19.3 billion in assets for sovereign wealth funds, endowments, foundations, corporate & public pensions, high-net-worth individuals, and employees. 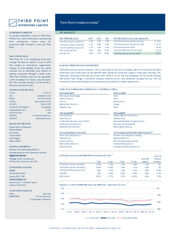 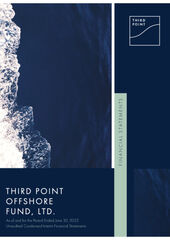 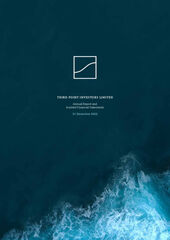