Details of the proxy voting results which should be read along side the Notice are noted below:

Note - A vote withheld is not a vote in law and has not been counted in the votes for and against a resolution.

The Special Resolutions were as follows:

(a.)  expires at the conclusion of the next Annual General Meeting of the Company after the passing of this resolution or on the expiry of 15 months from the passing of this resolution, whichever is the earlier, save that the Company may, before such expiry, make an offer or agreement which would or might require equity securities to be allotted after such expiry and the Directors may allot equity securities in pursuance of any such offer or agreement as if the power conferred hereby had not expired; and

(b.)  shall be limited to the allotment of equity securities up to an aggregate nominal value of £799,366 being approximately 10 per cent of the nominal value of the issued share capital of the Company, as at 9 April 2021.

Special Resolution 13
That the Company be authorised, in accordance with section 315 of The Companies (Guernsey) Law 2008, to make market acquisitions (within the meaning of section 316(1) of The Companies (Guernsey) Law 2008 of ordinary shares of 1p each (‘‘Ordinary Shares’’) (either for retention as treasury shares for future resale or transfer, or cancellation), provided that:

(a.)  the maximum number of Ordinary Shares hereby authorised to be purchased shall be 14.99 per cent of the issued Ordinary Shares on the date on which this resolution is passed;

(b.)  the minimum price which may be paid for an Ordinary Share shall be 1p (exclusive of expenses)

(c.)  the maximum price (exclusive of expenses) which may be paid for an Ordinary Share shall be the higher of (i) 105 per cent of the average of the middle market quotations (as derived from the Daily Official List) for the Ordinary Shares for the five business days immediately preceding the date of purchase; and (ii) the higher of the last independent trade and the highest current independent bid on the trading venue which the purchase is carried out; and

(d.)  unless previously varied, revoked or renewed, the authority hereby conferred shall expire at the conclusion of the next Annual General Meeting of the Company after the passing of this resolution, or on the expiry of 18 months from the passing of this resolution, whichever is the earlier, save that the Company may, prior to such expiry, enter into a contract to purchase Ordinary Shares under such authority which will or may be executed wholly or partly after the expiration of such authority and may make a purchase of Ordinary Shares pursuant to any such contract. 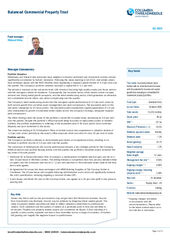 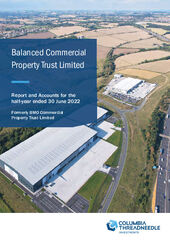 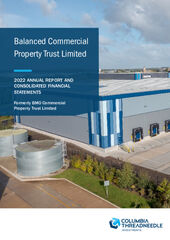