Which investment company invests in 37 countries? 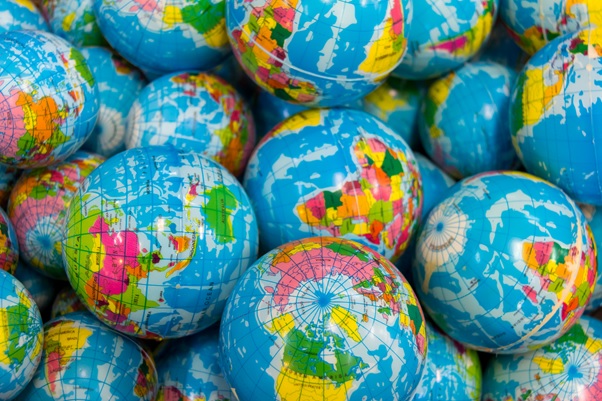 Investment companies allow investors to make a single investment which is spread across lots of different stocks, sectors and countries. Spreading your investment like this enables you to capture growth and income from a range of sources and reduce risk by putting your eggs in a variety of baskets. It’s a timely topic as trade tensions, concerns about growth and political pressures have made markets nervous.

At this time of market uncertainty, the Association of Investment Companies (AIC) has published a list of the 20 investment companies with the most countries represented in their portfolios.

Topping the list are F&C (1st) and Witan (2nd) from the Global sector whose portfolios are diversified across an impressive 37 and 36 different countries respectively.

It’s not unexpected that investment companies from the Global Emerging Markets and Global sectors make up the biggest proportion of the list with eight and four companies respectively.

Andrew Bell, Chief Executive Officer of Witan, said: “Linkages between economies mean that much of the time equity markets move in the same direction. But the size of the moves vary, particularly taking into account currency moves, and sometimes political developments have enduring effects – witness the multi-year underperformance of the UK since the Brexit referendum. Diversifying internationally is a way to control investment risk (especially if you live in a mature economy with a historically declining currency, such as the UK). However, the objective of equity investment is to deliver the fruits of economic growth – diversification helps to reduce investor nerves in troubled times but shouldn’t be the driving force. Witan’s aim in investing is to find companies worldwide whose growth prospects and valuation offer attractive returns for our shareholders, in terms of rising dividends and capital growth.

“At present, concerns over Brexit, US-China trade relations and conflict in the Middle East are depressing economic confidence and have encouraged a lemming-like rush into government bonds yielding less than diddly-squat. The risks are real and things might go horribly wrong, but they might not.

“Today’s worries seem no worse than the tribulations of the Cold War or past periods of rising interest rates or oil prices. Following the 2008 financial crisis banks are more tightly regulated and better capitalised, interest rates are low and, on average, declining, and there is now an increasing switch towards looser fiscal policy, which ultra-low borrowing rates have made financeable and therefore tempting for politicians.

“At some point, markets are likely to shift their focus from the depressive effects of current policy conundrums towards the monetary and fiscal policy response. If you focus on the rear-view mirror or the rain hitting the windscreen you are likely to collide with a lamp post. In investing, as in driving, it pays to look ahead if you want to make progress.”

Annabel Brodie-Smith, Communications Director of the Association of Investment Companies (AIC), said: “With the news bringing more reasons to worry than to celebrate, many investors might take comfort from knowing their investments are spread across a wide range of different countries. The ability to spread your investment across a variety of companies, countries and sectors is one of the biggest benefits of collective investments, such as investment companies. Different countries will have varying economic and political environments as well as different strengths and weaknesses, so investing in a good spread of regions can make sense.

“It’s not surprising to see big, global investment companies top the list, investing in as many as 37 different countries. However, it’s interesting that some investment companies with strong sector specialisms, such as environmental or financials, are so diversified by country.”