What are the prospects for a COVID-19 vaccine? 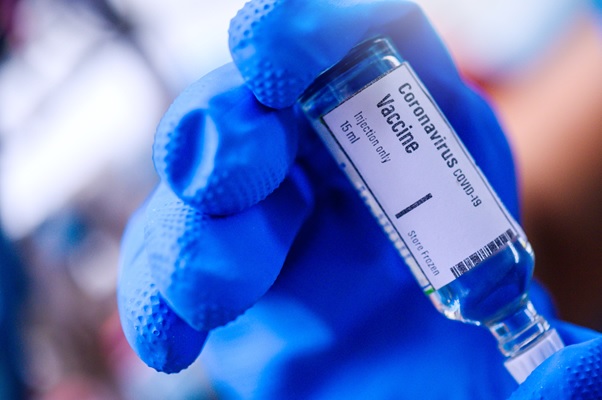 With COVID-19 cases on the rise and new restrictions on social gatherings in place from today, the need for a safe and effective vaccine remains crucial. AstraZeneca’s much anticipated trial has now been resumed after being suspended for safety, so what are the current prospects for a vaccine?

The Association of Investment Companies (AIC) has gathered comments from investment company managers on progress towards a vaccine, the prospects of a UK second wave and the outlook for biotech and healthcare stocks ahead of the US presidential election.

Prospects for a vaccine

Paul Major, Manager of BB Healthcare, said: “The pace of vaccine development has been impressive. But we have now reached a point, with more than 100 programmes running and more than 20 in clinical development, where there are too many people trying to do too much. Most of these vaccines will be too late and few if any will make meaningful returns for companies (why should they when most of the capital provided has come from governments). As such, we welcome the vaccine-related stock bubble deflating over recent weeks.

“We have been greatly alarmed by the politicisation of the vaccine initiatives and the desire to distribute these to people before full phase 3 trials (including reasonable follow-up) are complete. As such, we welcomed the letter jointly signed by nine of the leading players in the field declining to support premature approvals.”

Sven Borho, Portfolio Manager of Worldwide Healthcare Trust, said: “We think there will be a few vaccines that will have demonstrated efficacy in large-scale pivotal trials by the end of this year, with one or more approvals for emergency use possible by year-end. Any effective vaccine is likely to be broadly available sometime next year, as most companies have already begun manufacturing scale-up and committed to annual dose capacity of one billion or more by the end of next year. We are optimistic that a vaccine that exceeds the FDA’s regulatory threshold of 50% effectiveness (comparable to the flu vaccine) will emerge.”

Gareth Powell, Fund Manager of Polar Capital Global Healthcare, said: “As regards a second wave in the UK, we feel people have dropped their guard and as we move into winter, with people socially mixing indoors, there is a greater risk of coronavirus spreading. As of today the government has taken action due to the risk of acceleration in cases becoming more serious. If those at greater risk maintain their careful behaviour this should limit hospitalisations from the virus. Therefore, we expect infections to increase but for adequate action to be taken quickly, as it has been today, hopefully making winter more manageable before vaccines are available.”

Ailsa Craig, Investment Manager of International Biotechnology Trust, said: “Yes we believe it is likely there will be a second wave as workers return to the workplace and schools re-open. However, we do not anticipate that it will be as bad as before as the world has become much better at adhering to social distancing, following simple hygiene measures such as washing hands and, foremost, those who get sick have a far better chance of recovery, as the outcomes have improved dramatically in the last couple of months.”

Roderick Wong, MD, Chief Investment Officer at RTW Investments, Portfolio Manager of RTW Venture Fund, said: “We are seeing very different outcomes in countries depending upon the quality of leadership’s response and their ability to get buy-in from individuals to put the precautions we know work into practice. This challenge will increase in the winter months as we move back indoors. There are countries that are very successfully making COVID a rare disease, and then of course countries that are effectively letting it run rampant. Thus far the UK is in the middle of the pack, which is far better than we can say for those of us in the US.”

Paul Major, Manager of BB Healthcare, said: “It may seem counter-intuitive, but our view has for some time been that Biden winning is not a bad outcome for healthcare. What matters for the industry is the number of Americans adequately insured. If your health insurance is inadequate or non-existent, then plainly you are never willingly going to the doctor. Since it is elective procedure volumes that drive dollars, more insured is good, less is bad. In this stark but simplistic world view, the divide between Trump and Biden is clear.”

Gareth Powell, Fund Manager of Polar Capital Global Healthcare, said: “If Trump retains the presidency then we would expect the status quo, with some changes in drug pricing policy. We would expect the same under Biden. If Biden wins the presidency one of his primary priorities will be bolstering the Affordable Care Act, essentially reversing the actions taken by the Trump Administration. This would be positive for the healthcare industry, increasing the number of insured US citizens in the system which has positive implications for volumes (up) and bad debts (down).”

Geoff Hsu, Portfolio Manager of The Biotech Growth Trust, said: “While Trump has talked about healthcare reform and lowering drug prices, his administration has actually gotten little accomplished so far, showing the great difficulty of making significant changes to the healthcare system in the US. Biden is viewed as a centrist Democrat who aims to build on Obamacare, so he is unlikely to push through extreme policies with regards to healthcare reform and drug pricing policy. Neither president will likely be able to enact transformative healthcare legislation with the current ‘split’ Congress, with Republicans controlling the Senate and the Democrats controlling the House. We therefore believe a much more important consideration in the election, regardless of who wins the presidency, is whether the Democrats succeed in taking control of the Senate.”

Ailsa Craig, Investment Manager of International Biotechnology Trust, said: “On a general note, Biden might reverse the profit tax cut on corporations that Trump introduced, which in the short term might affect the whole stock market negatively. It is difficult to predict how that would manifest exactly but we view the possible changes as something that is unlikely to damage our stocks directly. The Trump administration has focused on drug pricing but no material changes have yet been implemented. We therefore don’t see a Trump win as a major risk to biotech stocks.”

Roderick Wong, MD, Chief Investment Officer at RTW Investments, Portfolio Manager of RTW Venture Fund, said: “Our strategy is focused on supporting transformational medicines over the long term, and so we have not made any major top-down portfolio changes. We have made a couple of investments in companies developing COVID vaccines and therapies. While they are a very small portion of our portfolio, we are rooting for all the players, and we’re quite proud of our colleagues in industry and at the FDA who have made incredible progress thanks to their superhuman efforts. It’s like nothing we’ve ever seen and we hope they get the recognition they deserve.”

Ailsa Craig, Investment Manager of International Biotechnology Trust, said: “We reduced our exposure to the sector and held some cash at the beginning of the year following news that there was an epidemic in Wuhan. We felt that the market wasn’t pricing in the risk of a pandemic. In retrospect that was the right decision. We have since invested that cash into our core portfolio holdings. We have not chased names which were specifically developing a vaccine or treatment as historically it has been very difficult to succeed commercially in this area.”

Paul Major, Manager of BB Healthcare, said: “We adopted an aggressive stance to capital deployment in late March, to take account of the market’s irrational and significant sell-off. However, we always had in the back of our minds that there would be a second wave in the autumn and this would adversely impact the healthcare system as well as the wider economy. From this position, the market’s very rapid recovery through to late April was both surprising and alarming, so we rapidly reversed tack and adopted much more cautious positioning, running net cash, less exposure to elective surgery and consumer-centric healthcare areas like dental.”

Outlook for biotechnology and healthcare companies

Stephanie Sirota, Chief Business Officer at RTW Investments, Director of RTW Venture Fund, said: “We have never been as excited as we are for the sector. There is an accelerating increase in high quality disease targets thanks to advances in genetics, which has been supported by other innovations in preclinical science that have made drug development more efficient and predictive. New modalities like gene therapy and RNA are also doubling the ways we can drug a target. Right now, there is still a need for more capital to support the development of promising science.”

Ben Wicks, Portfolio Manager of Schroder UK Public Private Trust, said: “We believe the long-term outlook for the sector is positive, regardless of the US presidential election. The ongoing innovation in the sector, which is being driven by the intersection of technology, digitisation and biology, is rapidly accelerating the pace of discovery whilst simultaneously lowering the cost. Further exciting progress in areas such as liquid biopsy, cell therapy, gene editing and immuno-oncology cannot be hindered by either electoral outcome, and the story remains very young.”

Gareth Powell, Fund Manager of Polar Capital Global Healthcare, said: “The sector is likely to experience weakness into the election due to concerns over potential change and what future policy might look like. The sector tends to bottom out on a relative basis just before an election and move higher afterwards, and this is our thinking as we approach November. In the longer term, if inflation is the story then some areas, such as pharmaceuticals and biotech, will lag but other areas could perform well.”

Sven Borho, Portfolio Manager of Worldwide Healthcare Trust, said: “We believe it’s possible that the healthcare sector trades sideways in the near-term due to concerns about a possible Democratic sweep in the election. However, we believe a Democratic sweep is already the consensus opinion among investors and overly discounted into share prices. The healthcare sector currently trades at a substantial discount to the S&P 500, largely due to fears about the election. In the past, when political uncertainty about healthcare reform or drug pricing has been present, it has actually been a great entry point for investors to buy into the sector. We think this time is no different. Once the political overhang disappears, the sector should experience a rebound, as the reality of any reforms undertaken are never as bad as feared. Over the long-term, innovation and aging demographic trends should continue to make healthcare a great place to invest.”