The UK before Brexit 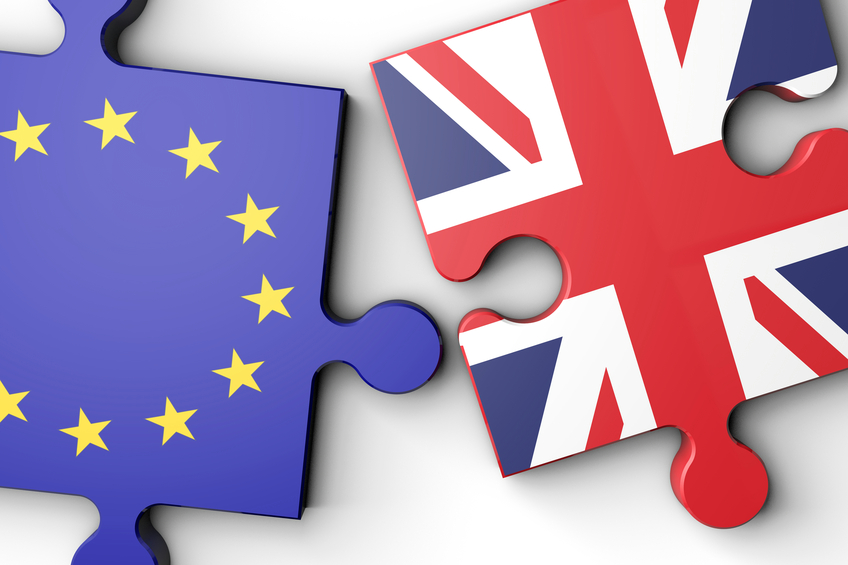 Two years after the EU Referendum, investor sentiment towards the UK is subdued despite recent stock market highs. Concerns about Brexit and a UK economic slowdown are ever present, but is investor uncertainty justified or are there attractive opportunities for active managers?

On Tuesday 19 June, the AIC held a media roundtable with investment company managers of large, medium and small-cap strategies investing in the UK. Alastair Mundy, Portfolio Manager of Temple Bar, Georgina Brittain, Co-Manager of JPMorgan MidCap and Neil Hermon, Fund Manager of Henderson Smaller Companies discussed Brexit’s impact, where they see opportunities and risks, and their outlook for the UK.

Neil Hermon, Fund Manager of Henderson Smaller Companies said: “With the UK economy showing one of the slowest economic growth rates in the G7 it is hard to argue that Brexit is not having an impact. The uncertainty caused by the drawn-out negotiations is causing consumers to rein in spending with weakness noted in areas such as the second-hand housing market and big ticket purchases such as cars, furniture and carpets. On the other hand, manufacturers are benefiting from the weakness in sterling with exports much more competitive compared to foreign competition. In general, most UK corporates are carrying on and investing for the future, recognising that Brexit carries substantial risks, but aware that life goes on and the world will still keep on turning.”

Georgina Brittain, Co-Manager of JPMorgan MidCap said: “As we had anticipated, the two immediate impacts of the Brexit vote in June 2016 were a rise in inflation and sterling weakness.  We positioned ourselves accordingly by emphasizing exporters and overseas earners in the portfolio and going underweight on exposure to the UK consumer.  Some two years later both of these themes remain in the fund.”

Alastair Mundy, Portfolio Manager of Temple Bar said: “Two years on from the surprise EU Referendum result UK equities remain very out of favour, particularly with overseas investors. However, difficult as it may be, we have to look beyond any bad news and avoid obsessing over noise and babble. Instead we need to determine (approximately) what the picture will look like when we come out the other side and try to capitalise on the longer-term opportunities.”

Simon Gergel, Portfolio Manager of Merchants said: “The uncertainty around the Brexit process may be partly to blame for weak UK economic growth in the first quarter of 2018, as companies and individuals may be more hesitant with their spending, although the economy has performed reasonably well since the referendum. In sentiment terms, Brexit seems to be having a depressing effect on the UK stock market, with UK equities one of the least popular asset classes amongst investors according to Bank of America Merrill Lynch. This is leading to many shares in the UK stock market trading at attractive levels, particularly when compared to their international peers.”

Jean Roche, Co-Manager of Schroder UK Mid Cap said: “We see an ever-faster pace of disruption amongst UK plc, and nowhere is this more keenly felt than on the high street. Companies which are not carrying out the disruption or adapting to take account of this disruption will themselves be ‘carried out’. There are opportunities for management teams which are nimble and creative to take advantage of disruptive trends. The economy can support this because companies and households continue to spend. And mid-cap UK companies, being smaller by definition than large companies, are most likely to be able to adjust to the new normal – elephants rarely gallop.”

Dan Whitestone, Portfolio Manager of BlackRock Throgmorton Trust said: “Our investment philosophy focuses heavily on industry change. We believe nearly every industry is undergoing change right now, often disruptive change, and any industry in flux creates opportunities both from a long and short perspective. One aspect of industry change we are drawn to is changes in distribution. The apps on your smartphone illustrate many industries that have been disrupted through changes in distribution, creating pressures for legacy incumbents as well as revealing a wave of exciting emerging companies. The power of change within distribution is generally price deflationary and it necessitates incumbents to adapt their business models or risk being left behind. It can also fundamentally change one’s behaviour as a consumer, for example from ordering take-away food, to binge-watching box-sets, to auto re-ordering food or household goods. We continue to find many opportunities, both long and short, from changes within distribution across consumer services and consumer goods.”

Georgina Brittain, Co-Manager of JPMorgan MidCap said: “We continue to avoid leisure companies such as pub companies and general retailers - with certain exceptions such as a large position in JD Sports Fashion.  However, we do find pockets of significant value in certain domestically-exposed areas such as the challenger banks and the brick companies, and we also favour technology companies such as Sophos.  We continue to find opportunities in the Mid Cap arena to invest in companies that are exposed to growth areas, or are making their own growth prospects, regardless of the bigger UK picture.”

Neil Hermon, Fund Manager of Henderson Smaller Companies said: “One important source of new investment opportunities is the IPO market where we see a steady stream of interesting companies. In 2018 we have invested in Integrafin, a B2B platform for IFAs, and Team17, a software games developer, both of which have risen to substantial premiums to their IPO price.

“In terms of what we don’t like, we typically shy away from those ‘value trap’ type areas such as food producers and industrial transportation. We are also conscious of the structural pressures that legacy companies in areas such as the UK high street are suffering from. The move to online and high property costs are proving major headwinds, as evidenced by recent announcements from companies such as House of Fraser, Carpetright, Mothercare and New Look.”

Simon Gergel, Portfolio Manager of Merchants said: “It is important to note that most of the revenues and profits of quoted UK companies come from abroad, and a broad aversion to the UK stock market has led to several multinational companies quoted in the UK being lowly priced on a global basis.  The best value, though, is among the domestic companies in sectors such as leisure, financials and real estate, where we are finding opportunities to buy business with strong franchises at attractive prices.”

Alastair Mundy, Portfolio Manager of Temple Bar said: “Our focus, as ever, remains on searching for out of favour stocks which have been over-sold. The portfolio has certainly taken on a more UK centric feel in the last 12 months, but as usual retains its strong value bias.”

Outlook for the UK

Neil Hermon, Fund Manager of Henderson Smaller Companies said: “The UK equity market is good value, especially compared to international markets. It is unloved by international and domestic investors who are very underweight the UK. Although the reasons for this position are clear – slow economic growth, Brexit and political instability – any change of sentiment to this position could see the UK equity market rally sharply. In general, UK corporates are performing well and earnings growth is robust. Additionally, balance sheets are strong and there is a steady stream of M&A activity, especially from foreign companies, which is supporting equity valuations. We have a positive medium-term outlook for the UK equity market and especially our portfolio.”

Simon Gergel, Portfolio Manager of Merchants said: “The combination of a reasonable overall valuation for the UK stock market and pockets of very attractive valuations, is supportive for the prospects for UK equities, especially in a context where several other asset classes are highly valued.”

Dan Whitestone, Portfolio Manager of BlackRock Throgmorton Trust said: “The outlook for the UK domestic economy remains challenged and the recent evidence would suggest it is deteriorating.  This has had a notable impact on the share prices of many domestic companies with several market participants highlighting the value on offer. However, whilst many of these UK consumer shares may appear cheap on valuation metrics like ‘price to adjusted earnings’, this fails to take into account the levels of debt and poor cashflow some of these companies exhibit. In many cases these same investments are also exposed to cyclical pressures (weakening demand, or rising cost pressures impacting corporate profit margins), and/or structural pressures (digital disruption, or competition from low cost or specialised formats).

“As such we remain cautious on UK domestics in general (there are exceptions!) but remain very positive on the outlook for UK plc. We think the UK is home to many compelling investment opportunities where the revenues and profits are generated outside the UK and the companies have a leading differentiated competitive offering. The outlook for these investments is tied to the global economy which remains robust. Our universe is well diversified by sector and geography and there are ample opportunities to find well managed, dynamic, differentiated companies that are market leaders competing on a global basis.”

Annabel Brodie-Smith, Communications Director of the Association of Investment Companies said: “It’s good to hear that there are still many attractive investment opportunities in the UK despite the negative headlines. Clearly there are areas which are experiencing challenges, but one of the biggest benefits of active management is to be able to adapt portfolios accordingly, backing the winners and avoiding the areas under pressure. Despite the potential risks posed by Brexit, it appears to be business as usual for UK investment companies.”

Private equity: an opportunity or threat for quoted portfolios?

What impact is the ‘pingdemic’ having on investment companies’ holdings?

4 August 2021
Consumers are keen to get out and spend when it is safe to do so.