Fundraising by existing companies this year tops the previous 2019 record for secondary fundraising. 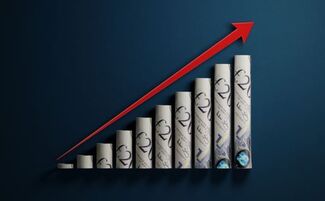 Fundraising by existing investment companies (known as secondary fundraising) has bounced back strongly this year, with £8.71 billion raised so far.1

This already exceeds the previous record for secondary fundraising, which was set in 2019 with £7.35 billion raised over the whole calendar year.

Fundraising by existing companies has been led by the Renewable Energy Infrastructure sector, which raised £1.69 billion. This was followed by Infrastructure (raising £988 million), Growth Capital (£803 million) and Property – Europe (£556 million).

The largest individual secondary fundraising was by Schiehallion (£503 million), followed by Digital 9 Infrastructure, which raised £300 million in its IPO in March then went on to raise a further £450 million.

Richard Stone, Chief Executive of the Association of Investment Companies (AIC), said: “Healthy fundraising by investment companies this year is a sign that they have bounced back from the pandemic and are continuing to meet investors’ needs.

“It’s particularly encouraging to see such significant fundraising for long-term assets in areas such as renewable energy infrastructure and ambitious growth companies. Directing capital into these areas is critical to rebuilding the economy as the recovery from the pandemic gathers pace. There is clearly strong investor demand and the closed-ended structure of investment companies continues to provide investors with a proven means of gaining exposure to less liquid assets.”

20 September 2018
Ian Cowie explains why investors should be wary of blindly following the crowd.