Existing companies raise £4 billion in a challenging full half 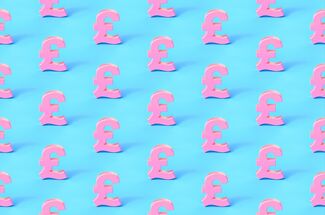 Just over £4bn was raised by existing investment companies in the first six months of 2022, according to figures released today by the Association of Investment Companies (AIC).

There were no investment company IPOs on the London Stock Exchange in the first half of the year, as market conditions proved difficult for new entrants. The AIC welcomed a new member, Superseed Capital, which launched on the Aquis Exchange at the end of January 2022 raising £2m.

Boards continued to negotiate fee changes to benefit shareholders in the first half of the year with 14 investment companies making amendments such as lowering management fees, introducing tiered fees and abolishing performance fees.

Richard Stone, Chief Executive of the Association of Investment Companies (AIC), said: “Rising inflation, tight labour markets and the war in Ukraine with its knock-on impacts on supply chains and fuel costs have made this a challenging year so far for capital markets. Nevertheless, the first half of the year saw healthy fundraising by existing investment companies, at a similar level to 2019. Demand was particularly strong in sectors such as infrastructure and property, which can help protect investors’ portfolios from inflation. The investment company structure is well suited to these assets, providing permanent capital so managers can take a long-term view of their portfolio and are never forced sellers.

20 July 2021
AIC responds to the FCA’s Consultation Paper on PRIIPs.

It’s what’s inside that counts

10 January 2020
David Prosser explains how to approach what you put into you Individual Savings Account (ISA).