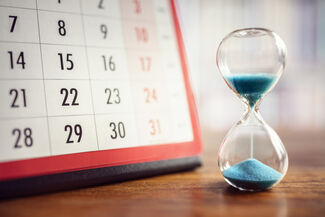 A total of £6.3bn was raised by investment companies in the first half of 2021, the highest amount ever in a half-year period according to new data from the Association of Investment Companies (AIC).

The record amount included £5.1bn raised by existing investment companies (secondary fundraising), also a record for a half-year period1, and £1.2bn raised in IPOs, the highest amount since H1 2017.

Investment company industry assets hit an all-time high of £249bn at the end of April, reflecting the continuation of a strong recovery.2

Boards continued to negotiate fee changes to benefit shareholders in the first half of the year with 17 investment companies making amendments such as lowering management fees, introducing tiered fees and abolishing performance fees.3

Ian Sayers, Chief Executive of the Association of Investment Companies (AIC), said: “The record fundraising in the first half of this year shows investment companies bouncing back strongly from COVID-19 and giving investors what they want, from growth opportunities in smaller and unquoted companies to income-generating alternatives such as renewable energy assets and infrastructure. IPO activity also increased significantly in the first half of this year. The new launches demonstrate that income remains a top priority and investment companies are continuing to help investors gain access to emerging areas such as digital infrastructure and energy efficiency.