Inflation and the stock market

Investment company managers on the outlook for equities. 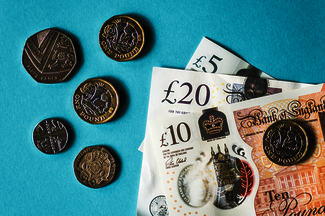 With the next UK inflation release due tomorrow, the Association of Investment Companies (AIC) has asked investment company managers for their views on the outlook for equities in the current inflationary environment, whether interest rates will rise and how this will affect UK and global equities. The consumer price index (CPI) rose 5.1 per cent in the 12 months to November 2021, up from 4.2 per cent in October.

What’s the outlook for equities in an inflationary environment?

Sue Noffke, Manager of Schroder Income Growth (UK Equity Income sector), said: “Inflation continues to be front of mind. However, we don’t see inflation posing a systemic risk for markets and, specifically, equities can still perform well in a modestly inflationary environment especially when they are supported by solid corporate earnings.”

Andrew Bell, Manager of Witan Investment Trust (Global sector), said: “Rising rates are intended as a signal by central banks that they are determined to curb inflation, but it seems unlikely they will rise very far. This would (given debt levels in the economy) risk a recession that central banks are keen to avoid, as societies recover from the pandemic. So, rather than ‘speak softly but carry a big stick’ they appear to be talking loudly but carrying a peashooter.
“Overall, a growing economy with interest rates remaining low looks more rewarding for equity investors (though there will be winners and losers) than bond investors, who may struggle to maintain the purchasing power of their capital.”

Nick Brind, Manager of Polar Capital Global Financials (Financials sector), said: “Financials, in particular banks, are the most sensitive sector to rising inflation to the extent that it leads to higher bond yields and interest rates. As interest rates increase, this leads to a sharp rise in the earnings of banks, all things being equal, as loans are repriced and net interest margins widen.”

Ben Ritchie, Manager of Dunedin Income Growth (UK Equity Income sector), said: “Provided the economy remains robust and corporate earnings are delivered, then on its own a rising interest rate environment should not be an impediment to decent equity market returns.”

Mark Hume, Co-Manager of BlackRock Energy and Resources Income Trust (Commodities & Natural Resources sector), said: “Our analysis suggests that natural resources equities have typically performed well in absolute terms and relative to broader equity markets during periods of rising inflation. Unlike broader equity markets and bonds, commodity prices are typically positively correlated with inflation expectations. On top of inflationary pressures, we expect mined commodities to be supported by increased fiscal spending on infrastructure in 2022 as well as demand from lower carbon technologies like electric vehicles. The mining sector is in a strong financial position, with low levels of debt and companies focused on keeping costs low and capital discipline.”

Ben Ritchie, Manager of Dunedin Income Growth, said: “I think we will see interest rates rise in the UK but the Bank of England will probably talk more than it acts as it looks to make sure it doesn’t stymie what is still a potentially fragile recovery. Globally while investors are currently very focused on the Federal Reserve raising rates it is worth remembering that from the autumn of 2015 to the end of 2018 they raised rates from 0.25% to 2.75% and the S&P 500 was able to increase by about 40% on a total return basis.”

Nick Brind, Manager of Polar Capital Global Financials, said: “December saw over 15 interest rate hikes, taking the total to 44 in the fourth quarter alone. Not surprisingly, against this background financials are performing strongly and in anticipation of further interest rate rises as central banks react to the jump in inflation. We would expect this to continue in 2022.”

Andrew Bell, Manager of Witan Investment Trust, said: “Inflation seems set to settle at a higher level than the 1% to 2% of recent decades but lower than the current 5% to 7% range being reported in several major economies, including the US and the UK. This is likely to mean gradual interest rate rises from current crisis levels but even 2% to 3% rates would be negative in inflation-adjusted terms. The high levels of national debt assumed to combat the pandemic give governments a strong motivation to keep interest rates on the debt low and a variety of mechanisms exist for them to ‘encourage’ investors to buy low-yielding paper. Banks are required to hold government bonds to meet liquidity requirements, while the regulation of pension funds and insurers also emphasises matching assets and liabilities rather than prioritising investment returns. So, while predictions are always hazardous, it seems likely that rates will go up, but not by enough to stifle the recovery.”

Mark Hume, Co-Manager of BlackRock Energy and Resources Income Trust, said: “Inflation expectations have been on the rise since March 2020, driven by unprecedented money printing by central banks and increased optimism around global economic growth as vaccine rollouts continue. New policy paradigms mean central banks are now attempting to overshoot inflation targets to make up for past misses. We see reasons to believe inflation expectations could continue to rise through 2022.

“We believe the changes to the policy framework should result in lower real interest rates, further cementing our new nominal theme in the euro area by keeping nominal bond yields and real yields lower than they would have been in the past.”

Sue Noffke, Manager of Schroder Income Growth, said: “Investors are increasingly contemplating a global shift for interest rates away from emergency settings as central banks reduce the significant stimulus they are providing for economies. Central banks have either, in the case of the Bank of England, started to move interest rates up or, in the case of the US Federal Reserve, have removed ‘transitory’ to describe inflation. The Fed minutes in early January gave clear signals to the market of their intention to raise interest rates in 2022 (with three rises discounted by markets and some Fed members suggesting a fourth) as well as tapering quantitative easing.

“The key question for where policy tightening ends relates to where inflation settles in the second half of 2022. By then base effects as well as Covid-related demand and supply disruption should have moderated. However, for the labour market tightness to ease the high current pressure on wage growth, more workers need to come back to the workforce.”

Impact of inflation on UK equities

Ben Ritchie, Manager of Dunedin Income Growth, said: “Historic data suggests that sustained high periods of inflation are not helpful for overall equity market returns. That said, at the company level there is the interplay between revenues and costs and for those companies able to move prices ahead of their costs then that can bring significant benefits. Provided inflation does not run too high for too long, a modestly inflationary environment is generally an easier one to run a business than one of zero inflation or deflationary dynamics.

“The transitory/permanent inflation debate is somewhat oversimplified. Covid has led to significant inflationary pressures largely stemming from increased demand for goods (as opposed to services) at a time when labour markets and supply chains have been disrupted and production processes have also been impaired. As long as Covid is driving these disruptions then inflationary pressures are likely to be elevated. That said there are a number of reasons why pressures should ease over the next 12 to 18 months including the annualisation effect, the withdrawal of stimulus measures and tightening of monetary policy.”

Sue Noffke, Manager of Schroder Income Growth, said: “Equities generally are relatively better placed over fixed income as they offer some inflation protection in the form of pricing power. UK equities in particular offer an attractive combination of earnings growth, dividend yield, free cash flow yield and valuation compared with other equity markets. There are companies whose business models will potentially benefit from rising inflation, and this is where companies with true pricing power come into their own. These could include recipients of infrastructure-related spend such as diversified mining companies and construction and infrastructure asset company, Balfour Beatty.

“Meanwhile, if higher inflation is seen by policymakers as a worthwhile trade-off for higher employment, employment agencies could be a sweet spot, especially given Covid-related challenges facing labour markets in many developed economies, including the UK. The economic backdrop seems quite different to the sluggish one seen in the wake of the global financial crisis.

“Other companies are well-placed to weather inflation such those in the financials sector. And following a very strong rebound from Covid, many of the strongest businesses have surplus cash to grow their operations and reward shareholders. Dividends are on track for a much better-than-expected recovery in 2022. How payments progress into 2022 will be down to a variety of factors, but the long-term outlook is encouraging.”

Impact of inflation on global equities

Andrew Bell, Manager of Witan Investment Trust, said: “Inflation is a threat to companies with a high proportion of bought-in costs that they cannot influence, if they operate in sectors which are highly competitive. This is because they have little ability to pass on the cost increases and in that environment, their profits will be squeezed. The more differentiated a company’s product or service is, the greater chance they have of avoiding this. However, all companies have scope to offset the impact of bought-in inflation, by changing suppliers or using materials and labour more efficiently. Although rising costs present challenges for companies and will badly affect weak, or poorly managed, businesses, good can come of it due to the spur to improve productivity. Productivity is the way to square the circle of how to pay higher wages without making companies unprofitable and unable to grow.

“Part of the current inflation surge is transitory but some aspects seem likely to become entrenched. The temporary aspects relate to the comparison with depressed prices a year ago, during the worst period of lockdowns. A price that has risen 30% from a year ago then stays the same for the next year will show a zero rate of inflation in 12 months’ time from today’s level. The pandemic has also disrupted factories making key components as well as transport networks, leading to shortages, rationing of supplies and higher prices. As economies reopen and companies find ways to alleviate the disruption some of these price rises will reverse.”

10 May 2022
Investment company managers on prospects for Japan.

The outlook for China

26 April 2022
Fidelity China Special Situations portfolio manager Dale Nicholls provides an update on the trust and reflects on what has been a very challenging period for investors.

Fidelity Asian Values: Getting inside the manager’s head

Investment company managers on the outlook for oil and gas

26 April 2022
“Russian supply will continue to decline under almost any scenario”.

Staying the course amid uncertainty in Europe

30 March 2022
Amid rising volatility triggered by the Ukraine war, Sam Morse and Marcel Stötzel, portfolio managers of the Fidelity European Trust PLC, review the current market dynamics across regional equity markets. In particular, they highlight why their focus on building a balanced portfolio of robust dividend-payers is well positioned to deliver attractive long-term returns.