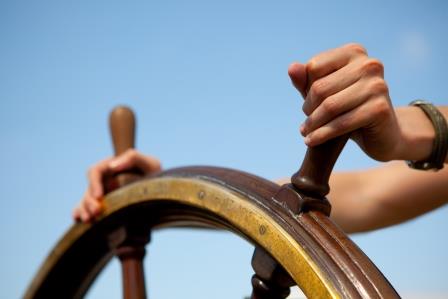 Theresa May announced her resignation as Conservative Party leader on 7 June having been appointed nearly three years before. However, 21 British Prime Ministers had even shorter tenures, including Gordon Brown, Neville Chamberlain and George Canning, who was Prime Minister for just four months in 1827. With a change of leader expected, the Association of Investment Companies (AIC) has examined the tenure of investment company managers. It finds that half of investment companies have been managed by the same person for 10 years or more.

The investment company industry’s longest-serving manager is Peter Spiller, who has managed Capital Gearing for over 37 years. Following close behind is Simon Knott, manager of Rights & Issues for 35 years. Next longest-serving is Hugh Young, who has helped manage Aberdeen New Dawn since its launch 30 years ago. Hot on their heels are James Henderson, manager of Lowland for over 29 years and Richard Newbery and Alistair Whyte, managers of Aberforth Smaller Companies for over 28 years.

Quotes from Peter Spiller, Hugh Young and James Henderson on the lessons they’ve learned and their proudest moments follow below, as well as a complete table of the longest-serving managers.

Annabel Brodie-Smith, Communications Director of the Association of Investment Companies (AIC), said: “Investors are often told they should be thinking long-term, so it’s reassuring to see that so many investment companies have managers with impressively long records. Half of AIC members have had the same manager for at least ten years, and many have had the same manager for much longer. With markets always unpredictable, it’s reassuring for investors that many investment company managers have steered their company through different conditions, experiencing good times and bad.

Peter Spiller, Manager of Capital Gearing, said: “It is hard to pinpoint a single lesson that will endure: politics, markets, and economies are continuously evolving. No one rule, no one approach, can hope to serve you well over the long term. You must learn to adapt.

“Nevertheless, the old stock market saying – that equities climb by the stairs but go down by the elevator – is very true. It is important for managers never to become complacent after a long period of steady gains.

“The unsustainable will not be sustained but it can take surprisingly long for the inevitable to happen. Excessive debt, high valuations and negative interest rates are all things that, for the time being, meet this description.”

James Henderson, Co-manager of Lowland Investment Company, said: “A key feature of the investment trust structure is the independent board of directors and one of the most important things I’ve learned over my career is the value of the board. The role of the board is to act on behalf of shareholders’ interests, but I’ve also found working with the board to be incredibly beneficial to how I manage money. Over my tenure managing Lowland Investment Company, I have worked with four different chairmen who have each brought their own unique insights to the trust and, at times, tested me as a manager to ensure we get the best for shareholders. Their investment insights and support in the good times – as well as the bad – adds real value.”

Hugh Young, Investment Manager on Aberdeen New Dawn, said: “I’ve been fortunate to be involved with the management of New Dawn since launch, but its success has been truly a team effort. Members of the current team have been involved with the trust for almost 20 years and longer. The longevity and tenure of the team when combined with new people joining, has been crucial. We’ve learnt lessons from past experiences whilst new members of the team have brought fresh perspectives. I hope that the young talent we have coming through in Asia means that the trust will continue to benefit from a mix of young and old heads over the next 30 years.”

Best moment as a manager

James Henderson, Co-manager of Lowland Investment Company, said: “I remember this quite clearly, as it was only a couple of years after I was appointed manager of Lowland. It was in 1992 when the UK left the ERM (Exchange Rate Mechanism). Some might think this a strange moment to pick as one of the best moments, but before we left the ERM businesses in the UK were struggling with high interest rates and sterling and our exit caused interest rates to be cut and sterling to fall, which boosted the UK economy. Throughout this whole period we stuck with the UK and our domestic investments, which was the right thing to do because the boost in the UK economy following our ERM exit gave a real boost to our portfolio. Ironically, we’re now living through a time where the opposite seems to be occurring and trying to break away from the EU is causing suffering to the UK economy, but if we don’t have a hard Brexit there is substantial upside in UK equities.”

What keeps you motivated?

James Henderson, Co-manager of Lowland Investment Company, said: “I think it’s important to be aligned with shareholders. When I was appointed manager of Lowland in 1990, I bought shares in the company at £1.70 a share and I’ve added to my personal holding a few times since then. Lowland’s current share price is around £13.50 and in our most recent half-year report the board announced it intends to pay total dividends of around 59p for the year. I not only manage the portfolio for Lowland but have ‘skin in the game’ too, so I understand the importance of continuing to grow both capital and income and am motivated to keep achieving this for our shareholders over the long term.”

Peter Spiller, Manager of Capital Gearing, said: “The extraordinary, not to say, distorted nature of the world economy is an endless source of fascination.”