Emerging markets: Which are the ones to watch? 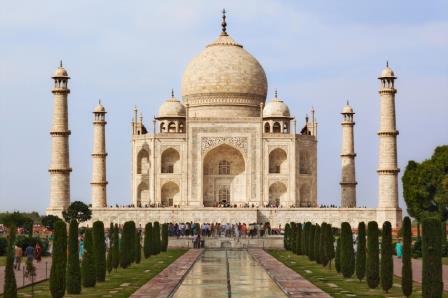 The Association of Investment Companies (AIC) has collated comments from investment company managers in the Global Emerging Markets sector on which emerging markets are the ones to watch and could achieve similar growth to that of the US in the future.

Annabel Brodie-Smith, Communications Director of the AIC said: “A lot can happen in 150 years - looking back, in 1868 the US was the emerging market to invest in and it’s now the world’s largest economy. Today’s emerging markets continue to offer interesting opportunities to investors and investing through the closed-ended structure can help investors access what can sometimes be an illiquid asset class. Although we don’t have a crystal ball to see into the future and tell us which countries will achieve significant growth, it’s very interesting to hear which countries emerging market managers think are the ones to watch.”

Terry Smith, manager of Fundsmith Emerging Equities Trust said: “Asked to name an emerging market which might emulate the experience of the United States, I would choose India. Why? India is a democracy. In fact, it is the world’s largest democracy - the United States is second in size of electorate. Whilst it is certainly possible to create a lot of value in a dictatorship or one-party state, peaceful transitions to democracy are rare and so any regime change in those countries may be disruptive and in the interim there is no rule of law enforced by an independent judiciary. This is important - there is no point in identifying a successful national growth story only to find that some or all of the value of your investment is stolen from you.

“India has rule of law and an independent judiciary and, in fact, ranks very highly in most surveys of protections for minority investors. But this also illustrates another point. Whilst I am naming a country, you don’t invest in a country. You invest in the shares of companies and India is a repository of some of the highest quality consumer businesses in emerging markets in my view.”

Chetan Sehgal, manager of Templeton Emerging Markets Investment Trust (TEMIT) said: “We believe that China and India are two economies that could experience a similar trajectory. Up until the 19th century, China and India were the two largest economies in the world in terms of GDP. The US, however, overtook them by the turn of the century. Fast-forward to today, China is the world’s second biggest economy after the US, and is about five times larger than India, which is expected to overtake the UK to become the world’s fifth largest economy this year.

“The International Monetary Fund forecasts China and India to grow by 6.6% and 7.4% respectively in 2018, ranking them among the fastest-growing major economies in the world. This trend is expected to continue for the foreseeable future. The UK, in comparison, is expected to grow by 1.6%. Together, India and China account for over a third of the global population, which brings with it huge potential, both in terms of consumers and labour. The rapid adaptation of information technology in emerging markets such as India and China has further propelled their strong growth trends.”

Ross Teverson, co-manager of Jupiter Emerging & Frontier Income Trust said: “China is the obvious example of an emerging market country making rapid and dramatic economic progress; today, a number of Chinese companies rank amongst the largest and most innovative globally. However, there are many other countries within emerging markets that also have the potential to experience significant structural change in coming years.

“For example, within sub-Saharan Africa, we see a number of attractive long-term investment opportunities resulting from rising financial inclusion, as well as improved infrastructure, communications and technology.  Gradually increasing penetration of financial products, combined with remarkable demographics – the median age in Kenya is just 20 years – should create a backdrop that, for well-placed financial institutions operating in the region, should prove conducive to strong and sustained earnings growth for a long time to come.”

Commenting on the frontier markets that have further potential, Chetan Sehgal, manager of Templeton Emerging Markets Investment Trust (TEMIT) said: “In the frontier-market universe, Vietnam is one of the most populous countries, with approximately 100 million, and it is also one of the fastest-growing economies, with GDP growth in 2018 estimated at 6.6%. The high growth potential in Vietnam is driven by a combination of factors, including favorable demographics and urbanisation dynamics creating a large domestic consumer market, low penetration of goods and services, and the opportunity for technological leap-frogging, allowing growth in economic infrastructure and efficiency gains.”

1 September 2021
As Fidelity Asian Values turns 25 years old, portfolio manager Nitin Bajaj reviews how the dramatic changes seen in Asia have shifted the centre of economic gravity from West to East - and are mirrored in the growth of the trust.