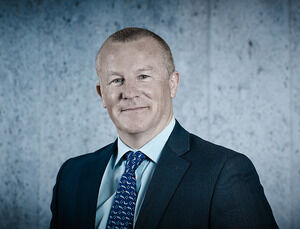 The Association of Investment Companies (AIC) today releases the findings of research into the impact of the collapse of Woodford Investment Management on private investors.

The findings are highly relevant given the investment industry’s plans to launch Long-Term Asset Funds (LTAFs), a new open-ended fund structure that would be allowed to have far greater exposure to hard-to-sell illiquid assets than was permitted for the Woodford Equity Income fund1.

Investors were left feeling shocked, helpless and angry. One affected investor described the suspension of Woodford’s flagship fund as “a bolt out of the blue”, while others used phrases like “sick to the stomach” and “bad on top of bad” to describe their feelings on hearing the news.

Richard Stone, Chief Executive of the Association of Investment Companies (AIC), said: “The collapse of Woodford Investment Management two years ago shook the entire investment industry, and we are still dealing with the aftershocks. This research reminds us of the financial and emotional impact on individual investors, which is still being felt.

“Everyone in the investment industry has lessons to learn from what happened, and as an industry we clearly still have our work cut out to restore trust. In the circumstances, it is vital that the launch of Long-Term Asset Funds (LTAFs) does not lead to any kind of repeat of this disastrous episode.

“To prevent investors getting burned again, the LTAF must be based on robust regulatory standards and should not be accessible to the general public. Broad distribution of the LTAF before it is tested through an economic cycle risks exposing investors to fire sales of assets, suspensions and fund failures which can arise from liquidity mismatches, as we saw with Woodford Equity Income.

“We wholeheartedly support the FCA’s Consumer Investment Strategy objectives seeking to increase the levels of investment amongst private individuals, but to increase consumer engagement with markets it is vital that investors have confidence and trust.”

Financial and emotional impact of the suspension

The financial impact of the suspension of Woodford Equity Income on some investors was severe. One investor reported that she will have to work for an extra two years to make up the losses on her investment. Another commented: “It appeared that I had lost much of my pension. Also I felt badly in having advised my daughter to invest her pension in the fund. It has put her off investing for life.”

Many investors reported suffering emotional distress. One said: “It had a huge financial and emotional impact. It left me feeling very angry and powerless and helpless and left me with the impression that the decision to suspend was not taken in the best interests of the many private investors.”

How did it happen?

The AIC’s research casts light on why private investors entrusted their money to Woodford Investment Management. The reputation of Woodford himself was the most influential factor, cited by 82% of investors in Woodford’s funds. This was followed by the inclusion of the fund on Hargreaves Lansdown’s buy-list (56%) and coverage in the finance sections of newspapers (31%), with the appeal of the fund’s investment objective or strategy in fourth place (25%).

Among investors in Woodford’s funds, 83% were not fully aware of their exposure to small, unlisted companies, while 20% were not aware at all. And among all private investors, over a third (34%) were unaware of the possibility that an investment fund might suspend trading.

The most common lesson learned by private investors from the Woodford collapse (including those unaffected as well as those affected) was to be less trusting of a fund manager’s reputation, with 59% of respondents saying this. This was followed by an increased preference for using investment companies (38%).

A limited number of interviewees are willing to appear as media case studies. For more information and contact details, please contact the AIC Communications Team.