But the Association urges change to prospectus rules. 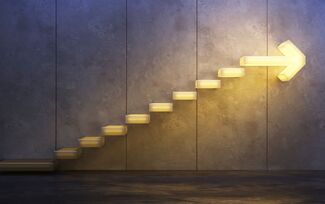 The Association of Investment Companies (AIC) has responded to the FCA’s Listing Rules changes, “Primary Market Effectiveness Review: Feedback and final changes to the Listing Rules”.

Richard Stone, Chief Executive of the Association of Investment Companies (AIC), said: “The FCA’s changes to the Listing Rules are a welcome step in the right direction and will hopefully be the precursor to further reform. To enable the UK to seriously challenge other global stock markets as the listing destination of choice, we believe there are a number of further reforms which would be beneficial. Top of the priority list is prospectus reform. The cost of preparing prospectuses, in terms of time and money, is too high and acts as a barrier to choosing a London listing. There are two key aspects of reform which we believe would reduce cost without impacting investor protections.

“The FCA should be allowed to review the requirement to prepare a prospectus once a company has already listed its shares. It makes no sense that an investor can buy shares in a company through the stock market using publicly available information but, when identical shares are issued by the very same company, it requires a hugely complex and expensive new prospectus. This creates substantial costs on the company, acts as a disincentive to wider distribution and retail investor participation in share offers and adds nothing to the information available to investors given identical shares are already traded.

“Secondly, the Treasury should change the liability standard applying to the prospectus to bring it into line with other market disclosures. This may sound like a technicality, but the current approach is time intensive and expensive, while delivering little additional value to investors who are used to market disclosures being made under the more commonly used ‘dishonesty’ standard. Huge volumes of shares are traded relying on this approach in comparison with the amount of shares offered using a prospectus. Applying the more widely used liability standard to the prospectus will lead to lower compliance costs, simpler and better quality information and make it easier to bring companies to market.

“Prospectus reform is a gateway to making the UK more competitive while maintaining standards and increasing investment options for investors. This opportunity should be grasped with both hands.”

Explanation of the AIC’s second recommendation

Currently those responsible for a prospectus are liable to pay compensation to anyone who has bought shares in the company and has suffered loss as a result of any untrue or misleading statement or any omission in the prospectus. This is sometimes known as the ‘negligence’ standard. Applying the dishonesty liability standard to the whole prospectus means those responsible for a prospectus would only be liable to pay compensation if they knew that a disclosure was untrue or misleading or knew there was a material omission.

12 July 2022
The Position Paper sets out the next steps to reform the UK’s audit and corporate governance framework.

31 May 2022
However, it is important that FTSE 350 investment companies are excluded from this requirement.