AIC end of year review: A year in the life of investment companies 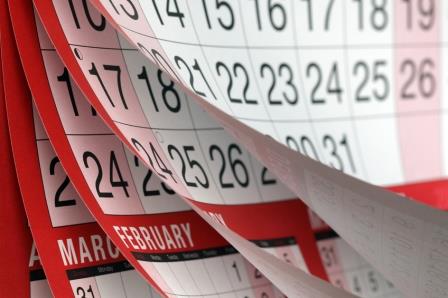 As 2016 draws to a close the Association of Investment Companies (AIC) has published its annual review of the sector. Overall it’s been a good year for the closed-ended sector, with the average investment company share price total return up 12% and an average discount of -4.7% at the end of November.  This was in line with where the average discount began the year at end January, although two percentage points wider than where it closed 2015 (-2.7%).

There has been some discount volatility along the way.  Perhaps unsurprisingly, the end of June saw the average investment company discount widen out briefly to -7.3%, its widest in three and a half years, no doubt related to the EU Referendum Brexit result.

The sector also reached a new record for total assets under management, which hit £157.8bn at the end of October – rising by 57% in just over three and a half years.

Ian Sayers, Chief Executive, Association of Investment Companies (AIC) said: “2016 has been a year of change and the investment company sector has also seen its fair share of change from strategic reviews and policy changes, through to management group changes and a proposed merger.  We’ve also seen a good number of companies announce changes to their charging structures, with ‘tiered’ charging structures becoming a key trend.  Assets under management reached a new record high, boosted by the sector’s high exposure to overseas assets amid sterling’s weakness. And whilst new issue activity has been muted this year, share issuance on the secondary market has been strong, particularly amongst income focussed companies.”

The rise in the investment company sector’s total assets was boosted by the sector’s large overseas exposure and the fall in sterling.  Not surprisingly given all the uncertainty 2016 brought, new issue activity was muted, with four investment companies coming to market, raising £630m, compared to the 17 new issues in 2015 raising £2.6bn (see table below).

The amount raised by existing companies issuing new shares in 2016 (the secondary market) was far more at £3bn, which was in line with last year. It was investment companies investing in alternative assets with higher yields which continued to issue the most new shares. Tritax Big Box in the Property Specialist sector raised the most, with the company issuing £550m worth of shares.  This was followed by Greencoat UK Wind (£247m) and Next Energy Solar (£180m) both in the Sector Specialist: Infrastructure Renewable Energy sector and Sequoia Economic Infrastructure Income C shares in the Sector Specialist: Infrastructure sector which raised £175m.

Outside of the alternative investment company sectors, Finsbury Growth and Income issued the most new shares (£121m), followed by Personal Assets, in the Flexible Investment sector, and City of London, in the UK Equity Income sector (both raised £50m).

Taking into account both inflows and outflows, the sector saw net fundraising of £0.7bn.

This year there have been a number of management group changes.  Please see the table below.

BlackRock Income Strategies has proposed to merge with Aberdeen UK Tracker and would be renamed Aberdeen Diversified Income and Growth Strategies.  Proposals include a diversified multi-asset strategy with a change in investment objective to target returns of LIBOR+5.5 per cent per annum (net of fees) over rolling five-year periods.

Clearly the aforementioned changes made by BlackRock Income Strategies, Aberdeen UK Tracker and Electra involve a policy change.  Policy changes have been another key feature of the investment company sector, as the table sets out other changes that investment companies have announced: