AIC calls for KIDs to be suspended 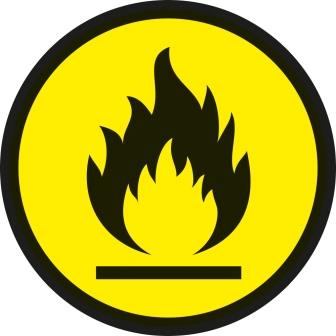 The Association of Investment Companies (AIC) has called for Key Information Documents (KIDs) to be suspended following the publication of its report ‘Burn before reading’ which demonstrates conclusively that KIDs are systematically flawed due to their reliance on past performance as a basis for future projections.  In its response to the FCA’s ‘Call for Input: PRIIPs Regulation’, the AIC has also urged the FCA to act swiftly to protect consumers and warn them not to rely on these documents when making investment decisions.

The AIC has also called for the Treasury Select Committee to launch an enquiry into KIDs given the failure of policymakers and regulators to take action to protect consumers.

“The evidence is overwhelming.  KIDs are not simply unhelpful, they are actively misleading.  As more experienced investors will just ignore them, it is the less experienced who will suffer the most.  Telling investors that they can have high returns at medium-low risk in unfavourable markets is particularly toxic and entirely divorced from reality.

“Imagine an investor who puts money into the stock market today based on the huge potential gains being shown in many KIDs.  Then the market suffers a significant correction.  As our analysis shows, an updated KID for the same investment might then tell the investor that they now stand to lose more money if they continue to hold.  So they sell.  It is the classic ‘buy high, sell low’ mistake that is doomed to lose unwary investors money and it is hardwired into the KID.  It will continue indefinitely through changing stock market cycles.

“The rules should be suspended now so these fundamental flaws can be addressed.  Regulators should warn consumers who have already received these documents not to rely on them when making investment decisions.  If regulators continue to delay taking steps to protect consumers, then they should be held accountable if investors lose money as a result and feel they have been misled.  It is nearly nine months since these documents were first produced and the reality of them was there for all to see, yet there has been no meaningful response from policymakers or regulators.

“The Treasury Select Committee should investigate this issue to hold policymakers and regulators to account so that action is taken sooner rather than later and consumers can get the protection they deserve.”

KIDs purport to tell the consumers “what you might get back after costs.”  Due to recent market performance, these projections are currently wildly optimistic:

KIDs use risk indicators to express risk as a single figure from 1 (low risk) to 7 (high risk).  They look identical to risk indicators produced by open-ended funds, but are calculated differently, and so mislead investors into believing investment companies are lower risk.

Misleading in all market conditions

This is not an unexpected outcome given the market volatility in this period and demonstrates why basing future projections on recent past performance will often be misleading and encourage investors to ‘buy high, sell low’.

Using the risk indicator in combination with the performance scenario creates even greater risk to consumers.

31 May 2022
However, it is important that FTSE 350 investment companies are excluded from this requirement.

1 February 2022
A wave of policy tightening and stringent regulation targeting sectors from property to technology rocked global investment sentiment towards China in 2021. After a challenging period for Chinese investors, Dale Nicholls, portfolio manager of Fidelity China Special Situations, outlines his reasons as to why he believes China might roar back in the year of the tiger.

12 January 2022
Investment companies should be held to the same standards as funds.