Why an investment company could be your perfect pension 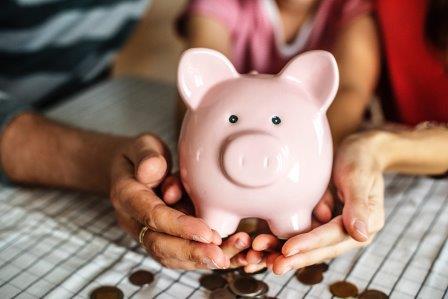 What’s the best way to save and invest inside a pension plan? Pension savers benefit from generous tax breaks that automatically give their retirement funds a boost, but to really maximise your income later in life, you need to earn the best possible returns on your contributions.

The pension freedom reforms of four years ago add another dimension to this debate. These days, the majority of savers tend not to buy an annuity paying a guaranteed regular income when they want to start cashing in their funds, at least initially, preferring instead to draw money directly from their savings. In which case, you’ll need to have suitable investments in place for this period of your life.

In other words, investing through a pension is now a two-phase process. In the first phase, you’re trying to build up as big a fund as possible for retirement – financial advisers call this the “accumulation” phase. Stage two – sometimes called “decumulation” in the jargon – is to invest in such a way that you can preserve and even build up further capital, while also taking an income from your savings.

Those are two quite different objectives, but this doesn’t necessarily mean you need completely different investments before and after your planned retirement date. It’s often possible to use investments chosen primarily with capital growth in mind to generate an income. Equally, investments that generate generous amounts of income are often good options for growth, since you’ll typically be able to re-invest the income back into your savings.

So, which investments might fit the bill? Well, in a survey published by the stockbroker AJ Bell recently, six of the 10 best-selling investment funds with pensions savers proved to be investment companies – even though there are far fewer of this type of fund around than unit trusts and other similar “open-ended” funds. Investment companies appear to be punching well above their weight when it comes to pension savings.

A fund for all seasons

There are good reasons why smart pension savers are likely to be found using investment companies. Most obviously, independent analysis suggests these funds tend to produce bigger investment returns over the longer term. One study published by Cass Business School last summer showed investment companies had returned an average of 0.8 percentage points a year extra between 2000 and 2016; over 30 or 40 years of saving for retirement, that makes a massive difference.

Once you reach the stage of drawing an income, moreover, investment companies can work very well. Unlike other types of investment fund, they’re allowed to keep back some of the income they earn on their underlying investments each year in order to fund pay-outs to investors in years when less income comes in.

This means investment companies can make reliable – and often rising – income distributions to savers, which is useful if you’re trying to live off your investment income in retirement. In fact, there are now more than 40 investment companies that have raised their dividend in each of the past 10 years; in some cases, that record goes back 50 years.

Now that the new tax year is underway – 2019-20 began on 6 April – it’s important to think about how to use your pension savings allowance over the next year. The general rule is that you can invest up the value of your earnings or £40,000 (whichever is lower) in a pension each tax year, though the maximum is lower for very high earners. But even if you have no income at all, you can still put up to £3,600 into a pension each year.

These sums sound out of reach to many savers but remember that you’ll receive tax relief on your contributions, reducing the cost. You may also be entitled to contributions from an employer. In any case, even small amounts of savings will add up over time, particularly if they’re well invested.

Monthly savings schemes work really well with pensions. You’re investing consistently over an extended period, plus you get the benefit of a statistical quirk known as pound-cost averaging. The principle here is that your fixed monthly contribution buys more of any given investment in months when market prices have fallen, swelling your returns during the recovery period. The effect is to smooth out the ups and downs of the markets.

Most investment companies offer monthly savings schemes, enabling you to invest as little as £25 at time. In many cases, they can arrange the pension wrapper on your behalf. Or, if you already have a pension set up, you can pick investment companies through an online fund supermarket.

Where to find comfort amid the income drought

10 July 2020
David Prosser looks at the income advantages of investment companies and suggests which could be best placed to help.