Why all roads lead to investment companies 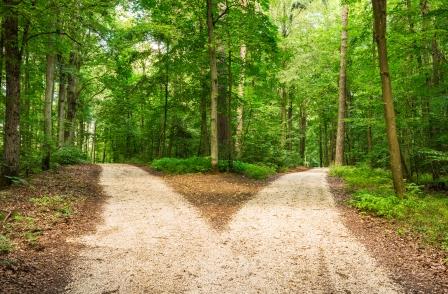 What matters most when you’re choosing an investment fund – the price you’ll pay or the performance it will generate? It’s a difficult question to answer. Most of us, instinctively, would say we don’t mind paying a bit more if we’re going to get much better results from an investment. But there are two problems with that. First, we don’t know, in advance, which funds will do best. And second, higher charges make it more difficult for a fund to outperform; they have to achieve higher returns just to match a cheaper alternative.

The case for charges

Still, what we can say with certainty is that fees have a significant impact on returns, particularly over the longer term.

Imagine a stock market fund with an annual management charge of 1 per cent, in which you invest £20,000, this year’s maximum individual savings account allowance. After a decade, assuming an annual return of 7 per cent, the fund would be worth £35,817.

However, while that 1 per cent sounds modest, if you paid no charges at all over that decade, your fund would have grown to £39,343. In other words, the 1 per cent charge costs you £3,526 of lost performance – it actually reduces your return by getting on for 10 per cent.

Even small differences in charges are a big deal. Just raising the charge to 1.5 per cent, for example, brings the final total down to £34,163. Add in an initial charge of, say, 3 per cent, and the effect is even more noteworthy – that brings the end return down to £33,138.

The cash for performance

This is not to argue that cost is the be-all and end-all of investment. Over time, fluctuations in performance have a much more significant impact on the value of your savings.

To illustrate the point, let’s return to our example saver who puts £20,000 into a stock market fund this year. For the sake of simplicity, we’ll go back to assuming no charges at all are payable on the investment. Now, assuming an average annual return of 5 per cent, the fund would be worth £32,578 in 10 years’ time. A small improvement, to 7 per cent, raises the final value to the £39,343 mentioned above, while a larger boost to performance, to 10 per cent, nets £51,875.

In other words, performance can be even more crucial to what you get from your savings than charges – which is why it’s important to monitor returns closely against what you expect to achieve (and relative yardsticks such as the performance of rival funds, or of the market in which the fund invests).

Clearly, then, what investors are looking for in a fund is the potential for both market-beating performance and value for money on charges. And, as we have seen, we need to accept that the two things will often be linked.

And the winner is?

All of which brings us to a piece of research published last month by the stockbroker AJ Bell. It took advantage of the fact that there are quite a large number of investment managers out there who run both investment companies and open-ended funds investing in very similar stocks with very similar mandates; this makes it easy to do comparisons.

The lesson here is that if you’re weighing up the unknown of which funds might perform most strongly over time, there’s a good chance that an investment company will be the answer. And if you’re choosing funds partly on the basis of price, which you can at least compare today, you’ll very often get the same answer.