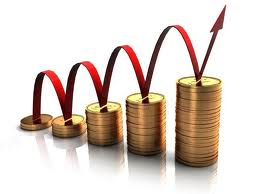 New year, same story: higher interest rates remain tantalisingly out of reach. They’re coming, we are told, but not just yet.

It wasn’t supposed to be this way. For savers and investors who have suffered with a decade of ultra-low interest rates, 2019 was going to be the year in which there was finally some return to normality. In the US, the Federal Reserve raised interest rates four times during 2018, with further increases predicted for this year. Closer to home, Mark Carney, Governor of the Bank of England, said in November that a smooth Brexit deal could see UK rates double over the next two to three years.

However, just a few weeks into 2019, those hopes have been dashed. In the US, the Fed has just announced a freeze on rates and is signalling the next move could even be downwards. It fears for the US economy amid headwinds such as trade tensions with China and the federal government shutdown. As for the UK, a smooth Brexit hardly looks likely; a more chaotic exit from the European Union could even see the Bank forced to cut interest rates to support the economy, just as it did in the immediate aftermath of the referendum result almost three years ago.

No respite for income seekers

All of which is yet more depressing news for anyone who needs to generate income from a portfolio of savings. Older people looking to supplement pension income with savings interest aren’t going to be offered better deals anytime soon – they are stuck with a marketplace that offers annual interest of around 1.5 per cent, even on the best buy products. Given that inflation currently stands at 2.1 per cent in the UK, anyone with cash in the bank is losing money in real terms.

In practice, income seekers have no choice but to look further afield for yield – and that means going beyond risk-free assets such as cash. Bond and equity markets offer possibilities, as do a range of alternative assets, but there’s no getting away from the fact that securing a more generous income will require you to take a risk with the capital value of your money.

In the long term, of course, it’s possible that income seekers will enjoy capital appreciation from such assets, as well as a more generous yield. But the trade-off is the possibility of volatility – your savings may fall in value as well as rise.

Where to secure yield

It’s not all bad news. Data published last month by Link Asset Services revealed that British companies are currently paying record amounts of dividends – their shareholders earned an income of £99.8bn last year, more than ever before and 5 per cent up on 2018. Indeed, right now, shares in the average blue-chip company in the UK offer a yield of 4.55 per cent. That’s more like it.

How best for income seekers to secure access to such generous pay-outs? Well, for many, an investment company offers an ideal solution. Your money is pooled with the cash of other investors, enabling a professional manager to invest in a broad range of shares on your behalf, rather than putting all your eggs in one basket.

Investment companies also have certain advantages over other types of pooled fund. They are allowed to keep back some income in very good years for dividends in order to subsidise pay-outs to investors in leaner times, which smooths out payments over time. In certain circumstances, they can also pay income from capital, which can be important.

Another option is to look at investment companies that buy alternative assets, including property, infrastructure assets and debt. These funds often offer attractive yields and provide a means with which to access income-generating investments that are typically reserved for professional investors. They also help you to diversify your investment portfolio further, rather than depending only on stock markets.