David Prosser examines the passive vs active debate and explains where investment companies fit in. 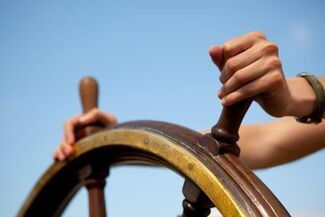 Are you an active or a passive investor? If you’re the former, it means you hope to do better than the average performance of the stock markets in which you invest; if you’re in the latter camp, you simply look to capture that average performance.

At first sight, the choice looks like a no-brainer – who wants only average performance if they can do better? But sometimes it makes sense to be pragmatic. It is difficult to beat the market and trying to do so can prove expensive; the risk is that by being ambitious, you end up doing worse than the average investor.

This is the reason why investors large and small have embraced passive investment in recent years. Many have turned their backs on funds that have relatively high charges and promise to deliver outsized returns, only to disappoint. Instead, they have moved their money into much cheaper “index funds”, which automatically follow the market up or down.

This trend is taking place all around the world. Over the past decade, investors have put more than $2 trillion into passive stock market funds globally according to the data company EPFR. By contrast, they have moved more than $1.5 trillion out of actively-managed funds.

Still, just because passive funds have become the default option for many investors does not mean they are right for everyone in all circumstances. And it is important to recognise that not all actively-managed funds underperform. Data from Winterflood Securities shows that the average investment trust invested in equities is up by 13.7% this year. That is miles ahead of the FTSE All-Share Index, which measures the average performance of the UK market; it has fallen 10.5% over the same period. And it is also in front of the MSCI World Index, which provides a yardstick for stock markets worldwide; it has gained 10.8%.

Almost all investment companies are active funds. The managers who run them pick portfolios of stocks they expect to outperform in the markets where they invest, rather than simply replicating those markets’ returns. Not every investment company has pulled that off this year, but the average figures for the sector show that many have managed to do so.

This isn’t a one-off. Studies of the long-term performance of investment companies show they have a consistent track record of doing better, on average, than other types of funds – and therefore give investors a much better chance of doing better than the market average. One report published earlier this year found roughly half of investment trusts had beaten the MSCI World Index over the previous 10 years.

There is also a structural issue. Investment companies operate in the same way as other types of stock market-listed companies; in particular, they have independent boards of directors with legal responsibilities to shareholders. When performance disappoints, these directors are obliged to take action – they may even fire the fund’s manager and replace him or her with someone they hope will do better.

The other issue to consider is charges. One reason many investors dislike active funds is that they charge more than passive funds, which simply use computer programmes to replicate the performance of the stock market and therefore have lower costs. Investors understandably question why they are paying more for active funds when they may well produce lower returns. Investment companies, however, have historically charged less than other types of fund – and in recent years, many have cut charges even further.

A question of balance

None of which is to say that investment companies are guaranteed to beat the market. Indeed, lots of investment companies have failed to do so at certain times and in particular market conditions. Nor does the choice between passive and active funds have to be binary – you might well choose to invest in both.

However, for investors who do want at least some active funds in their portfolios, the question is where to go hunting for them. One increasingly popular strategy is to use passive funds for the core of your investing – the foundations of your portfolio – with active funds then chosen to add a bit of extra spice. If that is your strategy, investment companies may be an excellent place to start the search for this potential additional return.

8 February 2022
AIC research reveals companies which have grown both dividends and share price by more than the CPI over the past five years.

Festive fun for all the family

10 December 2021
David Prosser discusses how a financial gift of shares in an investment company could turn out to be the best present of all this festive season.