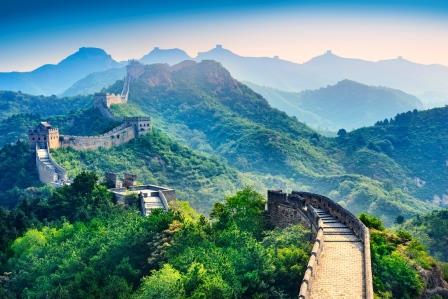 Whilst we have seen a slowdown in Chinese economic activity over the last 12 months, it is important to note that it is a slow glide rather than a steep decline. This is in fact constructive, as it is likely to prompt Chinese policymakers to support domestic demand drivers. It is also key to reiterate that even at this slower pace, the relative rate of growth we see in China is significant when compared to the West. China is also maintaining the momentum in its plans of opening up its capital markets and the recent withdrawal of the qualified institutional investor quotas in September reflects this intention.

There also remains considerable policy headroom in the economy to stimulate growth and we have seen several approaches taken to lower borrowing costs in the economy. While the pace of growth is tapering, structural changes continue to unfold in China. Thus, even at a milder pace of activity, there remains room for expansion with the shifts in demand patterns.
Tales of the trade wars rumble on

Trade tariffs have clearly dominated market sentiment and we are still awaiting a resolution. It is quite evident that the Sino-US dynamics have meaningfully shifted away from the status quo that was prevailing up until the trade issue assumed centre stage.

While a trade war has no real winners, Chinese companies have already begun to factor in the impact of the tariffs both in their earnings as well as their capital expenditure plans, and we have already seen the impact on the export sector. Having said that, Chinese exports to the US as a percentage of their total exports globally has been trending downwards as China has expanded its global reach and trading partners.

While there is a wider recognition of the impact of the trade disputes on the Chinese economy, a greater concern is the broader impact this dispute continues to have on investor confidence at large.

It is widely known that China is a volatile market, where sentiment can swing sharply. Given the unenthusiastic news surrounding China in recent months, we also find the market trading at low valuations, and the fact that worst case scenarios (such as the potential for full tariffs on all China exports to the US) are now widely discussed.

The portfolio’s holdings are predominantly domestic-focused with around 1.5% of revenue for the underlying holdings exposed to the US. Chinese growth prospects remain attractive relative to its global peers in the West and the policy impetus continues to favour domestic consumption drivers. The ongoing A-share inclusion in global indices is also supportive of investor interest towards Chinese stock markets.

The activity in the portfolio during the volatile market environment has been focused on areas where an indiscriminate sell-off creates opportunities. Against the current market backdrop, there has been a low tolerance for stock specific disappointments that mask the underlying strength of the business model.

I have been selectively adding to long positions with an increasingly compelling risk-reward profile. These include companies that have carved a niche for themselves in the segments they operate in, and often offer an intersection of technological leadership and strong consumption outlook.

I also maintain a belief in premiumisation within individual consumption categories and select positions where I have increased exposure reflect this view. The portfolio continues to focus on businesses which derive their revenues from the domestic China market and can benefit from the structural expansion of China’s middle class.

The value of investments and the income from them can go down as well as up, so you may get back less than you invest. Investors should note that the views expressed may no longer be current and may have already been acted upon. Overseas investments are subject to currency fluctuations. Fidelity China Special Situations PLC can use financial derivative instruments for investment purposes, which may expose it to a higher degree of risk and can cause investments to experience larger than average price fluctuations. This trust invests more heavily than others in smaller companies, which can carry a higher risk because their share prices may be more volatile than those of larger companies and the securities are often less liquid. This Investment Trust invests in emerging markets which can be more volatile than other more developed markets. The shares in the investment trust are listed on the London Stock Exchange and their price is affected by supply and demand. The investment trust can gain additional exposure to the market, known as gearing, potentially increasing volatility. This information is not a personal recommendation for any particular investment. If you are unsure about the suitability of an investment you should speak to an authorised financial adviser.

14 October 2019
Investing around the world with Ian Cowie.