David Prosser looks at VCT fundraising before the tax year draws to a close. 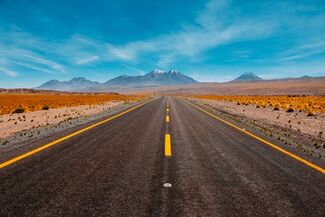 Are we set for another bumper year of venture capital trust raising? With a few days left of the 2020-21 tax year, around 10 funds have already closed their doors to new investors, having raised the best part of £400m between them. Another dozen or so VCTs look set to pick up a few hundred million more before 5 April, with several funds extending their fund-raising beyond their original targets.

The Chancellor certainly did VCTs a favour in his Budget earlier this month. By announcing a five-year freeze in the lifetime allowance on tax-efficient private pension saving, he significantly increased the number of savers who now have to worry about putting too much money into pensions and ending up with a nasty tax bill. VCTs are one obvious alternative home for those affected.

Another boost to the sector has come courtesy of the flotation on the Alternative Investment Market of Virgin Wines. It joined Aim on 1 March and has since seen its shares move 14% above their listing price. That has buoyed several VCTs with holdings in the company, but the more important aspect of the Virgin Wines story is its validation of the VCT model. One important reason the company has grown so rapidly over the past eight years has been the financial firepower that its VCT backers have given it.

For investors and their advisers, it is sometimes easy to lose sight of the purpose of VCTs. They do, of course, provide a potentially lucrative and highly tax-efficient investment opportunity. But the raison d’etre for the sector, going back 25 years, has been to support young British businesses with the potential to grow, create value and sustain jobs – that is why successive governments have chosen to continue funding the tax breaks that VCTs offer, despite regular bouts of speculation they might be for the chop.

Research published in April 2020 by the AIC found that VCTs had invested in more than 180 companies over the previous two-and-a-half years (since a tweak to the scheme’s rules). The businesses in question were exactly the kind of small but growing concerns that we need to nurture – they employed an average of 38 people, were spread all around the country and operated in a variety of industries.

A year later, supporting these businesses has never felt more important. These will be the companies that power the UK’s economic recovery from the Covid-19 pandemic. They are also likely to be the companies that have found it toughest to get through the crisis; they are unlikely to have deep reserves to protect themselves in difficult times, and may have demanding credit covenants to meet.

Savers considering a VCT investment over the next week or so can therefore feel good about the decision they are taking. Upfront tax relief of 30% and the prospect of tax-free income and growth are juicy incentives. The £200,000 annual allowance on VCT investment looks pretty generous compared to the pension and individual savings allowance (Isa) equivalents. But this is also a chance to get in at the start of the story of some very successful businesses.

Naturally, all the usual caveats apply. VCTs definitely don’t suit everyone, and it is never wise to make an investment decision for tax reasons alone. The track records of existing funds vary enormously, underlining the need to choose managers carefully, and there are bound to be losers in VCT portfolios as well as winners. Still, the bottom line is that VCTs, so often talked about in a tax context, are actually a way to back Britain’s efforts to build back better.

5 March 2021
Hannah Smith explains why private equity could surprise in 2021.