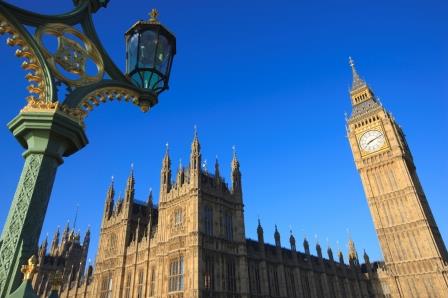 More than two years after Britain voted by a single-digit majority to leave the European Union, it remains unclear whether Brexit will prove a blessing or a curse for the economy. Either way, it could be good news for investors seeking bargains who are willing to accept some degree of risk in pursuit of substantial rewards.

Many stock market participants hate uncertainty but others love the opportunities it can create. This paradox may explain why, since June 23, 2016, the United Kingdom has been shunned by many international investors but others continue to find value in specific shares and investment trusts listed in London.

Put another way, what one person – perhaps a seller - perceives as bad news can mean much the same thing by the time it is reflected in the market price as what another person – perhaps a buyer - believes is a good bargain. Or as stockbrokers sometimes say, two views make a market.

Whatever Brexit may mean in future, it seems likely that uncertainty has depressed British share prices and stock market returns recently. For example, independent statisticians Morningstar calculate that the total return from the FTSE 100 index of Britain’s biggest shares has been 9% over the last year, compared to 16% from the Dow Jones index of American blue-chip stocks or 22% from the NASDAQ benchmark of technology shares in New York.

Another way of measuring how Britain has fallen from favour among many international investors is to express share prices as a multiple of corporate earnings. When this price/earnings ratio is tweaked to take account of the economic cycle, it is known as the cyclically adjusted P/E or CAPE.

CAPE can give an idea of whether shares are expensive or cheap, although there is no guarantee that this measure of value – or any other – will lead to profits or avoid losses. Even so, the international comparisons are eye-stretching. American shares are currently trading on an average CAPE ratio of more than 30; Japan is on a CAPE of 27; Germany is on 20 and the UK is on 17, according to calculations by Star Capital.

To put British shares’ lowly rating in perspective, the same calculation gives emerging markets such as India a CAPE of 22 and China a CAPE of 19. While the latter is now reckoned to be the second-largest economy in the world, few stock market investors would argue that Shanghai or Shenzhen offer the same standards of corporate governance or regulations to protect investors that provide statutory safety nets in London.

Investment companies have been helping to diminish the dangers inherent in stock markets by diversification and other built-in risk reduction features for 150 years but they are not immune to the uncertainty surrounding Brexit. This may explain why the average conventional investment company, wherever it is invested around the globe, is currently trading at a discount to net asset value of -2.9% but the average investment company in the UK All Companies sector trades at a discount to NAV of -7.9%.

That pricing gap shows that ‘plain vanilla’ investment companies focussed on Brexit Britain are offering typically twice as big discounts to bargain-hunters as the global average. This discrepancy is all the more remarkable because, according to the London Stock Exchange, the companies that comprise the FTSE 100 generate 70% of their revenues overseas.

Whatever form Brexit eventually takes – whether it is ‘hard’, ‘soft’ or somewhere ‘in between’ – it is unlikely to affect British companies’ overseas earnings. Indeed, if sterling weakens – as it has done since the Brexit vote – then this will tend to increase the value in pounds of any earnings in dollars, euros and other foreign currencies.

Investment companies in the UK Smaller Companies sector are trading at an even bigger discount to NAV; an average of -8.1%. While it can be argued that the domestic focus of many smaller companies means they may be more vulnerable to the risk that Brexit might go badly, because many smaller companies rely on British consumers rather than revenue from exports, share price returns from this sector remain robust.

It is, of course, important to remember that the past is not a guide to the future and cheap is not necessarily the same thing as good value. While we wait to see how Brexit will affect the economy after Britain leaves the EU next year, it can be said with some confidence that uncertainty has already depressed many share prices today and – while there are no guarantees of success - the first step toward making a profit is often to buy low.

13 September 2019
Ian Cowie explains why there’s value in the Land of the Rising Sun.