Ian Cowie discusses how investment companies have continued to perform well despite global stock market shocks over the past twenty years. 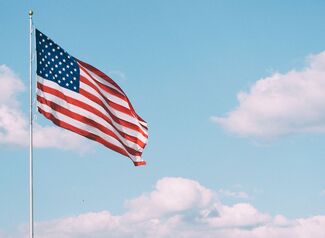 Global stock markets suffered several shocks during the last two decades, starting with terrorist attacks on the World Trade Center in 2001, followed by the global financial crisis in 2008 and the coronavirus pandemic which continues to this day. But bad times have not prevented many investment companies from delivering good returns.

To be specific, no fewer than 42 investment companies have become “ten-baggers” since September 11, 2001, by growing £1,000 invested at that time into more than £10,000 today, according to independent statisticians Morningstar. Better still for income-seekers, there are 37 investment companies which increased or maintained their dividends every year since 2001.

That’s a remarkable testament to the structural strength of these companies and their ability to cope with the uncertainty inherent in investment. While the past is not necessarily a guide to the future, some understanding of what happened in the last two decades can provide a rational basis on which to consider what the future might hold.

Even before the horrors of 9/11, many investors were reeling from the bursting of the dot.com bubble in 2000, when share prices fell sharply. Perhaps surprisingly for short-term speculators, that setback provided the foundation for long-term investors in technology to create substantial wealth out of thin air during the two decades that followed.

While most attention quite properly focuses on the human tragedies of 9/11, the destruction of the World Trade Center can also be seen in an economic context. For a decade before the Twin Towers fell, America had been the world’s only super power, since the collapse of the Soviet Union in 1991.

But, just a couple of months after that tragedy in New York, China joined the World Trade Organisation with very little fanfare in December, 2001, and there have been two rival economic superpowers ever since. No wonder eight out of the top 20 investment companies “ten-baggers” are invested in Asia.

Coming down from the clouds of macro-economics, smaller businesses often delivered bigger returns than large, long-established rivals. Not every acorn grows into an oak but six of the top 20 investment companies “ten-baggers” over the last two decades focus on smaller and medium-sized businesses.

Investment companies made it convenient and cost-effective for many individuals - including your humble correspondent - to participate in all three trends. These companies automatically diminish risk by diversification and enable us to share the cost of professional fund management in sectors where direct exposure is impractical for all but the biggest investor or people with specialist knowledge.

For example, the top performer overall combines all three themes — technology, Asia and smaller and unlisted companies — to reward shareholders in Scottish Mortgage (stock market ticker: SMT) with a current value of £28,786 on £1,000 invested at the time of 9/11.

Talk about Scots wha hae! Fortune really has favoured the brave. Full disclosure: I am happy to have owned shares in three of these ten-baggers for most, if not all, of the past two decades.

More importantly, Annabel Brodie-Smith, a director of the Association of Investment Companies (AIC), points out how many of these shares have delivered excellent returns: “Over the last 20 years since September 11, 2001, a £1,000 investment in the average investment company would now be worth £7,480. The same investment in one of the four best-performing investment companies would be worth more than £21,000 today.”

To put those numbers in perspective, the Bank of England calculates we would need £1,700 today to match the buying power of £1,000 two decades ago. Even at apparently low rates of inflation, as measured by official benchmarks such as the Consumer Prices Index (CPI) or the Retail Prices Index (RPI), the long-established tendency for the purchasing power of money to fall over time remains a real problem for savers and investors - especially those of us hoping to fund decades of enjoyable retirement.

So, the tried-and-tested ability of many investment companies to survive economic shocks and sustain capital growth, while continuing to deliver dividend income, can provide some comfort against uncertainty. Brodie-Smith told me: “In an unpredictable and sometimes cruel world, it may reassure investors to know that investment companies have been around for more than 150 years.

“They have survived the World Wars, the Great Depression, the financial crisis, horrific acts of terrorism and the coronavirus pandemic. They also have some of the longest-serving fund managers who have experienced difficult market conditions before.”

Nobody knows what the next 20 years will hold. But the evidence of the past provides investment companies’ shareholders with some grounds for cautious optimism.

20 July 2021
AIC responds to the FCA’s Consultation Paper on PRIIPs.