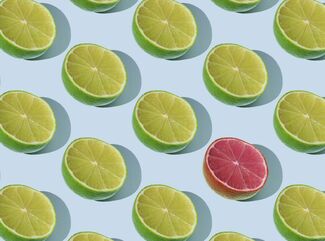 One of the big attractions of investment companies for many retail investors is the wide range of asset classes to which they offer access: not just equities but property, infrastructure, private equity and a number of even more esoteric specialist investment opportunities including sectors dedicated to music royalties, forestry, and asset leasing companies.

These sectors operate in very different spheres from each other, but for private investors they all offer a key benefit in the shape of relatively low correlation to stock markets – which makes them a great choice for anyone wanting to build a more robust balanced portfolio.

Having said that, current negative sentiment around the Ukraine conflict, rampant inflation, rising interest rates and slowing growth is impacting most investments at present, and investment company discounts have widened across the board in recent weeks and months. So is this a good opportunity for hard-nosed investors to go bargain-hunting in the specialist sectors?

Hipgnosis Songs Fund and Round Hill Music Royalty Fund both buy up music artists’ catalogues for a lump sum, and then collect a share of the royalties. These may be generated through various sources – principally streaming services such as Spotify, but also live concerts, CD sales and film usage. Investors enjoy a mix of capital growth (from increases in catalogue values over time) and reliable yields of around 4-5%.

James Carthew, head of investment company research at QuotedData, points out that both companies are currently sitting on “fairly chunky” discounts of 8-10%. “There’s no good reason for it that I can fathom,” he adds. It’s possible that investors may have been spooked by the idea that Spotify could lose subscribers as people tighten their belts in the face of inflation pressures – but that doesn’t appear to be the case in practice.

Carthew points to the resurgence of interest in Kate Bush following the use of one of her songs on the TV programme, Stranger Things. “Suddenly a younger generation is getting into her entire back catalogue, so I think the argument for these trusts is still robust, and now seems a relatively good time to buy.”

The asset leasing sector funds typically invest in either aircraft or ships, and lease them out for commercial use over a set period. Mick Gilligan, head of research at Killik, explains: “These are primarily yield plays, as the assets tend to depreciate over time.  Therefore, the key attraction should be stability of income and favourable supply demand for the underlying assets, to help ensure that depreciation is not worse than expected.”

Shayan Ratnasingam, an equity analyst at Winterflood, points out that in the current macroeconomic environment, “asset classes that [are less volatile than] the broader market and offer an attractive income profile warrant a place in a balanced portfolio”.

However, in reality there is a big distinction to be made between what’s happened with ships and with aircraft leasing, particularly in the aftermath of the pandemic.

Aircraft leasing was pioneered by the Doric Nimrod trusts, which focused on Airbus 380 planes. Carthew reports that several problems have emerged. First, the industry decided that these planes weren’t particularly fuel-efficient, so the leases would not be renewed; yet the planes could have lasted 20-30 years.

Covid lockdowns brought additional issues, as leasing airlines including Thai Airways and Norwegian Air went bankrupt. “It meant the investment companies weren’t receiving any income and couldn’t service their debt,” says Carthew. “There has been a big jump in their share prices since people started flying again, but I’d say these are pretty speculative investments.”

In contrast, Taylor Maritime, and to a lesser extent Tufton Oceanic, which lease ships, “have been going gangbusters” in the post-Covid environment. Partly that is because supply chains are operating less efficiently than they used to, with ships having to queue outside ports for longer; partly it’s a reflection of the fact that no one was actually building ships at all during the pandemic, and so there is currently a pronounced shortage of new supply.

Thomas McMahon, an analyst at Kepler, agrees that Taylor Maritime is particularly attractive because it focuses specifically on ‘handy size’ ships. These are small enough to dock at many ports and therefore more flexible and less sensitive to economic downturns than massive container ships; they are also in particularly short supply.

The upshot, says Carthew, is that “Taylor Maritime’s fleet is currently achieving an average gross cash yield of 29% on its vessels” on average rental periods of eight months. The trust’s net asset value is up a massive 84% over the year to 27 June.

Yet its shares have fallen by 11% over the past month, on the back of broader negative sentiment, and it now sits on a hefty 24% discount despite its strong performance.

“It doesn’t make sense,” says McMahon. “People are understandably wary of economic sensitivity, but I think Taylor Maritime looks very interesting on such a wide discount, given the current supply/demand imbalance over the coming years and the fact that there is an expert manager at the helm.”

Carthew and Gilligan agree that it’s an interesting proposition. However, investors need to go in with their eyes open, keep an eye on the shipping market (Carthew recommends watching the Baltic Dry Index) and be willing to accept inevitable cyclicality and volatility along the way.

The forestry sector has a chequered past, as Gilligan explains: “Two overseas forestry funds launched on the London market years ago, but both proved very disappointing and shareholders lost a lot of money due to poor management, high costs and currency issues, amongst other things.”

As a consequence Foresight Sustainable Forestry, which launched last November, is the only option. Focusing on the UK, it is acquiring a mix of mature forestry and pastureland which it is converting to forestry.

Conversion immediately increases its capital value: “Foresight estimates that poor livestock land sells for £10,000 a hectare while estimates for commercial forestry land puts it at £26,000 a hectare,” says Gilligan. It also attracts government grants for tree-planting.

In addition, because of the role of trees in sequestering carbon, in due course the managers will be able to sell carbon credits to companies looking to offset their carbon emissions.

“It’s important to recognise that this trust is not currently yielding anything, although there will be an income stream from timber harvested down the line,” says Carthew. It’s basically a capital growth play at this stage; Foresight estimates total returns of inflation plus 5% a year.

He sees it as a good long-term “buy and forget” choice, given the importance of tree planting in mitigating climate change and also other environmental issues such as water and soil management. McMahon suggest it will appeal particularly to investors looking for investments with strong environmental credentials.

The timber market is of course something of an unknown, but the UK is keen to become more self-sufficient, and there are ambitious housebuilding targets for the foreseeable future which should help to support it.

The fact that the trust is on a 3.7% premium and has just raised a further £45m on top of the initial £130m achieved when it listed last year suggests that it strikes a chord with investors. “These are early days for FSF, buts its simplicity and low running costs set it apart from its predecessors,” adds Gilligan.

Batten down the hatches!