Skin in the game

David Prosser discusses the case for investment company directors having skin in the game. 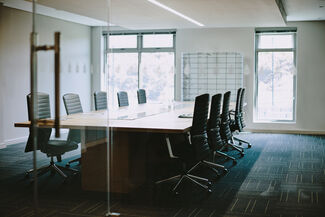 Investment company boards are independent, and have a legal duty to safeguard the interests of shareholders in their funds. But would that duty feel even more significant if they too were shareholders? The fact their wealth is directly impacted by the fund’s performance should concentrate the mind, you might conclude.

It is a debate worth having in the context of Scottish Mortgage’s decision to remove a requirement that directors should have to hold a minimum number of shares in the fund in order to serve on the board. The investment company’s shareholders voted to drop this rule last year, and the change has now come into effect.

Why would Scottish Mortgage drop this overt requirement to ensure directors’ interests are closely aligned to those of the shareholders? Well, the fund’s current share price means a new director joining Scottish Mortgage with no existing shareholding would have to invest close to £60,000 to satisfy the previous rule. The fund’s board says this has significantly reduced the size of the talent pool from which it can recruit new directors.

That feels like a reasonable argument. Investment company boards do not have a great record on diversity, though it has begun to improve. They have traditionally been dominated by men – typically older men from a wealthy background. The big danger of that is the board slips into groupthink. Every academic study of board diversity has found that having a broader mix of directors improves the quality of decision making because people from different backgrounds bring different experiences, skills and opinions to any discussion. So having a rule that requires a new director to stump up £60,000 – limiting recruitment to those with that kind of wealth – is not ideal.

Still, the case for directors having “skin in the game” feels reasonable too. No-one is suggesting that directors lacking a personal stake in the investment company will fail to fulfil their fiduciary responsibilities. But having a material interest in the fund is a powerful statement of confidence in its long-term direction. You can certainly see why investors and advisers would wonder about a director who has chosen not to put at least some of their own money into the fund.

The good news in this regard is twofold. First, investment company directors are legally obliged to declare their shareholdings in the fund’s annual report – and disclose their dealings – so it is very easy for investors and advisers to check the position. And second, research suggests most directors do invest; at the last count, around 80% of investment company directors had shareholdings in their funds, and this percentage has risen steadily over the years.

There are some issues to be wary about. Some analysts argue that directors with shareholdings in their funds face potential conflicts of interest. There is also anxiety about directors who control significant percentages of a fund’s shares – might they wield too much power compared to other investors?

Equally, there is the question of the fund manager’s position. The same principles around skin in the game apply to the individual managing the fund, but investment company managers are not generally required to disclose their stakes, or whether they have one. Research suggests many do invest, but the picture is less complete than for investment company boards.

Overall, however, investment companies are in a good place. Scottish Mortgage’s move is a sign that investment company boards recognise the value of diversity and are trying to do something about it. And the high percentage of directors with investments in their funds suggests broad acceptance of the value of having interests aligned.

Is the tide turning for female fund managers?

2 March 2022
Data shows that 26% of companies with named managers have at least one female at the helm - Faith Glasgow explores how much further there is to go.

Alex Denny and Gordon Humphries elected to AIC board

2 November 2021
Faith Glasgow considers the importance of fund managers' transparency about their personal stakes in the investment companies they run to investors.