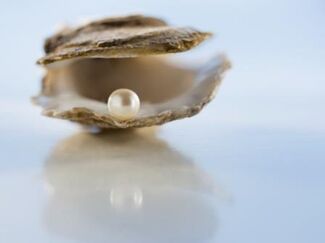 How disappointing to see Liontrust forced to withdraw its launch of an environmental, social and governance (ESG) investment company this month. The asset manager, which had been hoping to raise a minimum of £100m for the new fund, said that despite strong interest from retail investors, it had been unable to reach this target.

Some analysts have argued that the setback represents a slowdown in the seemingly inexorable rise in demand for all things ESG in investment. But that feels wide of the mark – this one failure notwithstanding, cash continues to pour into ESG funds, both new and existing, reflecting a genuine societal desire to confront issues such as climate change and injustice.

Rather, the problem we should worry about here is a structural one. New investment company launches require support from cornerstone investors – typically wealth management firms – as well as retail investors, who are large in numbers but lacking in investment scale. Even if the 2,000 retail investors Liontrust says expressed an interest in its launch had each committed £20,000, the fund would have raised just £40m from this source, less than half its target. The trouble is, wealth managers appear reluctant to join the party.

In one regard, that seems strange. The interest of retail investors in Liontrust’s fund should have indicated to wealth managers that their own clients were likely to be enthusiastic about the launch. However, the firms’ disinclination to commit was no reflection of what clients might think; rather wealth managers were worried about liquidity.

The issue is that consolidation in the wealth management sector has seen a small number of firms build substantial assets under management and large client bases. Good for them. But it makes it difficult for these firms to invest in all but the largest investment companies. They worry that the weight of their money will leave them holding too large a chunk of the fund; in which case, they fear, they may get stuck with their shares, or struggle to buy new ones, because they will move the price to clients’ disadvantage when making their trades.

This is not a happy situation. While wealth managers’ caution is understandable, they are effectively telling their clients that they must miss out on potentially attractive investment opportunities because of who they have chosen to look after their money.

That does not seem right. Investors depositing their cash with wealth managers are presumably doing so in the hope that the firm will do a better job of growing it than they have the time or expertise to do for themselves. Were they to be investing individually, however, they would have a wider choice of funds at their disposal, including a range of smaller investment companies offering specialties that might be of particular interest.

Clearly, this issue is a problem for the investment company industry, in that it makes launching and running smaller funds more difficult; we have seen several other launches pulled in similar circumstances over the past 12 months. But in truth, the problem lies with the wealth managers themselves – it is not that investment companies are offering poor products, but that firms are ruling themselves out of taking advantage because of their own characteristics.

In some parts of the investment company sector, there is a suspicion that wealth managers’ anxieties are overblown. Firms have been prepared to invest in launches offering exposure to alternative asset classes such as infrastructure, they point out. These launches also fall below the minimum size the larger firms prefer, but because such asset classes aren’t easily accessible elsewhere, they somehow manage to overcome their reluctance.

Wealth managers should think again. Clearly, liquidity is an issue, but there are ways to mitigate some of their concerns. And by not seeking to exploit these new opportunities, they are doing their own clients a disservice.

7 May 2021
Ian Cowie dives into the Renewable Energy Infrastructure sector.