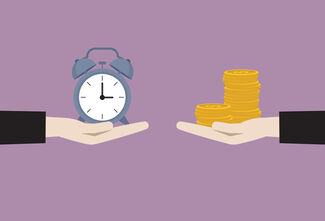 What if old wives’ tales turn out to be true? We often assume that folk tales passed down through the generations are simply urban myths, but many seem to have some truth in them. And so it would appear with a long-ridiculed piece of stock market lore – that you should sell in May and go away. Don’t come back until St Leger’s Day, the saying continues, referring to the horse race that takes place in September.

The idea is that the stock market underperforms during the summer months compared to the winter. On this basis, old investment hands tell us, it is better to be out of the market between May and September, minimising the risk of disappointment, and fully invested from October onwards in order to cash in on the stronger period of the year.

Most investment advisers don’t think much of this counsel. They point out that the damage to long-term performance from missing out on a few good days of stock market growth is considerable. They also turn up their noses at the idea that market performance at a certain time of the year is predictable; it makes no logical sense.

What the numbers say

Here’s the thing though: the numbers tell their own story. A comprehensive study just published by Ben Jacobsen, professor of finance at TIAS Business School in the Netherlands, and Cherry Zhang of the Nottingham University Business School China, shows compelling statistical evidence.

This phenomenon is particularly marked in the stock markets of Europe and North America, the study found, and it has been growing in strength in recent years. The authors do not have an explanation for their findings – which appear to confound economic theories about the way markets should behave – but the numbers tell their own story.

The conclusion is striking: “Overall, our evidence suggests that the Halloween effect [as some analysts describe the Sell in May idea] is a strong market anomaly that has strengthened rather than weakened in recent years,” the authors argue.

How to plan for success

What does that tell us about how we should save and invest for the future? Should we really take our money out of the stock market during the summer months?

Well, the first point to make here is that the study shows that investment returns over the summer months are still, on average, in positive territory. The fact you have earned more in the winter does not negate the gains you have made during the rest of the year. It would be a shame to miss out on those, particularly since this study does not flag up an alternative home for your cash that might be more profitable.

Also, one crucial lesson for savers to learn is that there is a difference between trading and investment. Traders seek to make gains in the short term, identifying opportunities as they emerge and exploiting anomalies. Investors focus on the long haul, working on the basis that consistency will pay off over time; this is what is required when you have objectives such as retirement in mind. In that context, the Sell in May advice is not useful, even if it is grounded in genuine market evidence.

Still, there is a way to benefit from this phenomenon. Regular savings schemes, available via most investment platforms, allow you to drip feed a set amount of cash into funds such as investment companies each month. The fixed sum buys more of the fund in months when prices are lower, helping you to rebound as performance picks up again. Regular savings schemes are ideal for managing the volatility identified in this study.