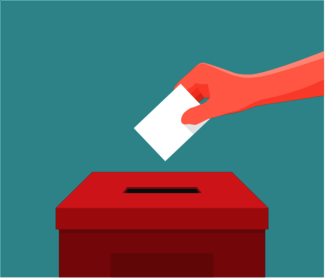 The targeting of the investment company Third Point Investors by activist group Asset Value Investors has prompted some wry smiles; an activist itself, Third Point is getting a taste of its own medicine. But while there is an irony to appreciate here, there is a broader lesson too: the tale is a reminder of the importance of shareholder democracy and the strength of the investment company model.

Third Point, for the uninitiated, offers exposure to a New York-based hedge fund run by Daniel Loeb, one of the world’s best known activist investors; he targets underperforming companies by building up share stakes that give him sufficient power to press for change.

In recent years, however, Third Point has underperformed, in that its shares have persistently traded at a discount to the value of the underlying assets of more than 20 per cent. That has prompted other activists to target the fund; led by Asset Value Investors, these activists have pushed the investment company’s board into introducing measures such as a discount control mechanism, and hope to secure further concessions.

Only time will tell how this story ends. But in the meantime, it is worth focusing on the bigger picture. What has happened here is that investors in Third Point have grown disillusioned with the performance of their fund. And crucially, because Third Point is an investment company, investors are in a position to do something about it: they are able to exercise their legal rights as shareholders to make their case for change – and even to force a new direction.

Third Point’s board has a fiduciary duty to safeguard the interests of the fund’s shareholders. That does not mean automatically accepting every proposal put by the activists, but it does require the board to act independently, in the best interests of investors rather than the fund’s investment manager. And ultimately, if enough shareholders disagree with the fund’s direction and the board’s decisions, they can vote for a change of personnel.

All of this is simply shareholder democracy in action. It is easy to lose sight of the fact that closed-ended funds are companies like any other. Third Point is listed on the London Stock Exchange, where it is subject to the same fiduciary and regulatory regimes as every other listed business. It must be managed for the benefit of its shareholders.

Compare this to an open-ended fund. These are simply products launched and managed by an asset management firm, which retains complete control of a fund. If the fund disappoints, your only remedy as an investor is to move on, even if that requires you to sell at a loss. There is no effective mechanism through which to push for change or demand accountability.

In good times, of course, this important difference between investment companies and their open-ended counterparts is easily overlooked. Both are simply funds producing returns for their investors. It is when the going gets tough that you discover why the structural distinction matters.

One final point. There is an argument to be had about whether Third Point has served its investors well. But at the very least, it has provided access to hedge fund investments that are normally out of reach of all but the wealthiest because they require huge stakes and, often, long lock-in periods. Investment companies excel in this regard, offering an accessible and liquid vehicle though which to gain exposure to illiquid asset classes.