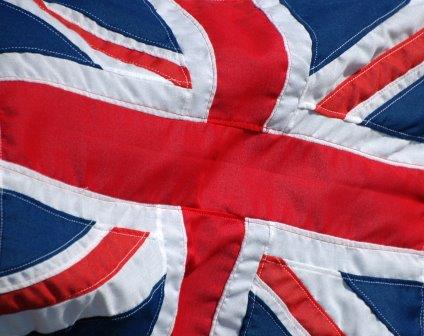 Clouds of political uncertainty, which had overshadowed British shares for several years, have begun to clear and the sun is shining on the London Stock Exchange again. Both the UK All Companies and UK Smaller Companies investment company sectors delivered sparkling total returns of more than 40% over the last year.

Fears that 10% of British companies’ stock market capitalisation might be expropriated, as proposed by a self-described Marxist shadow chancellor, were dispelled by the General Election on December 12. So, too, were many doubts about whether Britain will leave the European Union on January 31, 2020.

While the economic effects of Brexit remain to be seen, stock markets are in business to anticipate the future and there is already evidence of renewed confidence in UK corporate valuations. For example, according to independent statisticians at Morningstar via the AIC, the average UK All Companies’ investment company’s total return over the last 12 months to January 2, 2020, was 41%. The average UK Smaller Companies investment company did even better, rising by 42%.

Those returns are all the more remarkable when you remember that Bank of England base rate is just 0.75% and most bank or building society savers’ rates fail to preserve the real value or purchasing power of money against the insidious effect of inflation. The Consumer Prices Index (CPI) is increasing by an annual rate of 1.5% while the Retail Prices Index (RPI) is rising roughly twice as fast.

Fortunately for investors willing to accept the risks inherent in stock markets - share prices can fall without warning and you may get back less than you invest - many investment companies deliver dividend income in addition to their potential for capital growth. The average yield - that is, dividends expressed as a percentage of share prices - from investment companies in the UK All Companies sector is 2.4%, while the average income for shareholders in UK Smaller Companies is 1.9%.

Both streams of cash have risen strongly in recent years. The average annual increase in dividends paid to shareholders by UK All Companies investment companies over the last five years is 8.9%, while UK Smaller Companies shareholders enjoyed income rising at an annualised rate of 13%. Bear in mind that if the former rate of increase is maintained, dividends would double in less than a decade and, if the latter rate of increase is sustained, they would double in fewer than five years.

Several investment companies performed even better than the sector average figures suggest. Schroder UK Mid Cap (SCP) shot the lights out with a total return of nearly 59%, to be the top UK All Companies company over the last year, followed by Mercantile (MRC) and JPMorgan Mid Cap (JMF) with returns of 54% and 44% respectively. This triumphant triumvirate’s five-year total returns were 77%, 108% and 97% respectively.

The top three companies in the UK Smaller Companies sector over the last year did even better. They were JPMorgan Smaller Companies, BlackRock Throgmorton and Standard Life Smaller Companies with total returns of 67%, 60% and 59% respectively. For medium-term comparison, their five-year returns were 144%, 174% and 149%.

It is important to remember that the past is not necessarily a guide to the future. Dividends are not guaranteed and can be cut or cancelled without warning.

However, after several years in which political uncertainty depressed confidence in the London Stock Exchange, many investment companies backing Britain have bounced back strongly. Investors seeking income or growth or a mixture of both should consider whether the recent upward trend might have further to go.