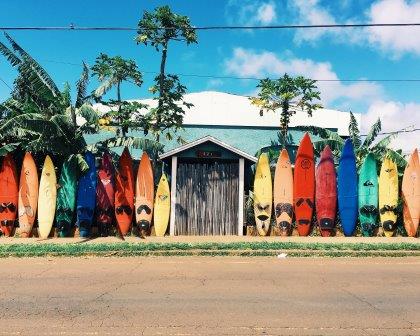 Shareholders enjoyed a sparkling start to 2019 as global stock markets recovered from 2018’s anxious autumn. Share prices’ roller coaster ride is not necessarily over yet but the sharp recovery seen this spring and early summer demonstrates there are risks involved in being out of markets as well as being invested in them.

Fears of a trade war between both the world’s biggest economies - America and China - prompted a global sell-off at the end of last year. The Standard & Poor’s 500, a broad measure of the American market, fell from 2,925 at the start of last October to 2,351 on Christmas Eve; a fall of nearly 20%. Since then, the S&P has bounced back by more than 25% to 2,946 at the time of writing.

Similarly, what became known as ‘Red October’ - in a reference to the colour of falling share prices on brokers’ screens - saw the FTSE 100 index of Britain’s biggest shares lose 12% of its value in the final months of 2018, since when it has risen by the same percentage.

While there is no guarantee the excitement is over yet - indeed it might be unwise to assume so - your humble correspondent is glad he took the chance to top-up existing holdings in six investment companies during this turbulent period. First, I bought shares in Fidelity China Special Situations (stock market ticker: FCSS) and JPMorgan US Smaller Companies (JUSC) last October, in the hope these two great countries can eventually settle their differences and get back to business as usual. I also topped up FCSS again in January.

Then I rebooted Polar Capital Technology (PCT) - one of my top 10 shareholdings by value - in February, reinvesting some dividends that had accrued elsewhere. The following month, I topped up Vietnam Enterprise Investments (VEIL), a share I have only held since last July but which may benefit from the America/China dispute; it’s an ill wind that blows no good. I also bought more shares in FCSS again in March.

April and a new tax year saw me make substantial investments in two other top 10 shareholdings; Baillie Gifford Shin Nippon (BGS) - a Japanese smaller companies specialist - and Worldwide Healthcare Trust (WWH), a fund which does what it says on the tin.

Buying on the dips may not be the most sophisticated investment strategy - and won’t necessarily pay off in the short term - but it is surprising how frequently it has worked for this long-term investor over the last three decades. Buying low is often - but not always - the first step toward making a profit.

There was also some reassurance to be had from seeing other investors find value despite market shocks and uncertainty. Since the start of this year, nearly £2.2bn has been raised by investment companies issuing new shares. That’s a 30% increase on the first four months of last year.

This included The Renewables Infrastructure Group (TRIG) which raised £302m for clean energy investments in March; Tritax Big Box (BBOX), which raised £250m for warehouses in February; and - in the same month - another renewable energy fund, Greencoat UK Wind (UKW), which raised £131m.

Whatever happens elsewhere, the wind will probably continue to blow and we may need warehouses to store all the stuff we buy online. Other commercial activities, in a myriad of forms, are also likely to go on, regardless of stock market shocks.

Whatever happens elsewhere, the wind will probably continue to blow and we may need warehouses to store all the stuff we buy online. Other commercial activities, in a myriad of forms, are also likely to go on, regardless of stock market shocks.

As 2019’s sparkling spring and early summer have shown, share prices can rise without warning and may recover as quickly as they fell. While the short-term outlook for investors is always uncertain, the medium to long-term view is often reassuring.

10 January 2020
Ian Cowie explains why the sun is shining on UK investment companies.

Is the US due a reappraisal?