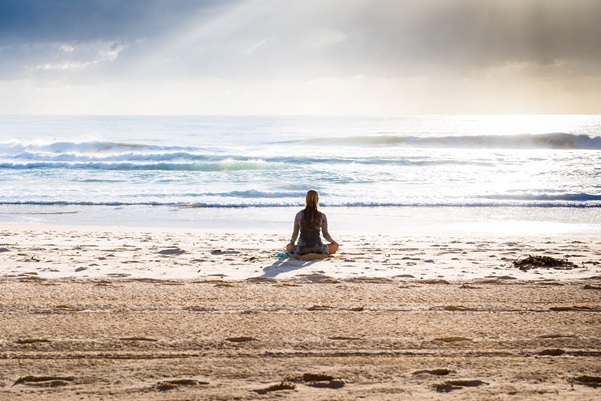 Be patient and stay calm, Joe Biden urged supporters on the night of the US Presidential election, a message he had to repeat over and again in the days that followed days. Still, slowly but surely their patience was rewarded – and it’s a lesson that investors could learn from.

The conventional wisdom is that the stock market delivers higher returns than other types of asset, such as bank and building society savings account. But while that has historically been the case, this principle holds strongest for those prepared to take a long-term view. Indeed, over short-term periods, stock markets have often reported significant losses.

The recent American election cycle rather underlines the point. Right now, the FTSE 100 Index of leading UK shares sits at around 5,900 – that’s down about 13% on November 2016, when Donald Trump shocked the world by taking the White House, and barely changed from November 2012, when Barack Obama cantered to a second term of office. But compared to November 2008, when Obama won his historic first term, the index is up about 37%.

Can you beat the market?

That 12-year period has, of course, spanned some remarkable disruption. Obama came to power during the global financial crisis, which sent share prices into a downwards spiral. Subsequent recoveries have been undone by everything from Brexit to the Covid-19 pandemic, with the markets bouncing back each time.

What if you could time the market to avoid some of that turbulence? You might think, for example, that back in February of this year it would not have been so difficult to foresee how Covid-19 might send share prices tumbling. In which case, you could have sold up before the rout and bought back in at a much lower level.

The truth, however, is that while this sounds good in theory, it is very difficult to pull off in practice. Not only is it notoriously tricky to call the market with any degree of accuracy, but also, the price of getting it wrong is often very high.

Take the research published by the fund manager Fidelity earlier this year. It found that had an investor put money into the UK stock market on 30 June 2015, they would have earned an average annual return of 5.6% over the subsequent five years; but if they had missed the best 10 days of market performance over that period, the figure would have reduced to 1.2% - and to an average annual loss of 1.5% if they had missed the best 20 days.

The lesson of Fidelity’s research is that for the vast majority of us, patience is the key to successful investment. Savers who put money away for the long term and ignore short-term ups and downs in performance are likely to do better than those who try to second guess the market.

However, there is a way to be both patient and cautious – and in truth it is a form of investment that suits most of us much better. Via a platform, or in some cases directly, you can save money regularly with an investment company – perhaps as little as £50 a month – rather than investing a much larger sum upfront.

As many people don’t have a big lump sum to invest at a given moment, this is a very practical option. But regular savings also has advantages from a risk perspective – drip-feeding money into the stock market this way can smooth out some of the ups and downs of investing in shares.

This is thanks to a statistical quirk known as pound-cost averaging. In simple terms, in months where markets are down, your regular investment – of £50, say – buys more shares. Then, when markets recover, you bounce back more quickly. Over time, the smoothing effect can be very significant – and it doesn’t require you to make any decisions about when to invest or to sell up.

For this reason, regular savings schemes are an increasingly popular way to put money by for the long term. You can be patient, while also avoiding some of the heart-stopping moments that staying invested requires.

8 February 2022
AIC research reveals companies which have grown both dividends and share price by more than the CPI over the past five years.

Festive fun for all the family

10 December 2021
David Prosser discusses how a financial gift of shares in an investment company could turn out to be the best present of all this festive season.