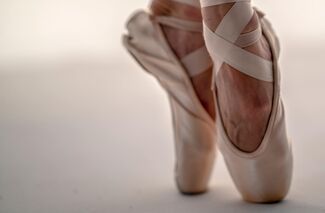 A lot is written about the various characteristics of investment companies that enable them to work in the best interests of shareholders; one less obvious but particularly topical is the ‘continuation vote’.

Strategic Equity Capital successfully fended off a continuation vote in late March that had been called by two rebel shareholders, Ian Armitage and Jonathan Morgan. The duo, who own 7.7% of Strategic Equity Capital, called for the company to be wound up, criticising the performance and persistently wide discount.

Shareholders, however, did not side with the rebels. A substantial majority of 82% of votes cast were in favour of the trust continuing. But, while the duo lost the battle, the fact that Strategic Equity Capital’s board granted a continuation vote at their behest highlights why these votes are a good thing for shareholders, and indeed are another structural advantage that sets investment companies apart from open-ended funds.

Continuation votes keep an investment company's board on its toes, as shareholders can come together at any time and demand a vote on whether the company should be wound up if they are unhappy with the way it is being managed.

Unlike funds, investment company boards have the power to sack the fund management group. This is a positive thing for shareholders, as it means boards can actually take action if they are dissatisfied with performance or feel the trust is not being managed in line with its investment objectives.

But if shareholders are disgruntled with performance or another matter, such as the company trading on a persistently wide discount, continuation votes – even if unsuccessful – can force boards into action in order to avoid the prospect of the trust closing down.

Following Strategic Equity Capital’s continuation vote, for example, the board pledged to look into ways to address its wide discount. The company has a continuation vote each year, so its shareholders will no doubt be keeping a close eye on developments.

This is a useful tool, notes Carthew, given that “investment remits can go in and out of fashion”. He adds: “Normally continuation votes are designed to give the manager and the investment company time to prove themselves before investors think about pulling the plug.”

In other cases, a continuation vote is triggered if a company persistently performs poorly or has traded on a wide discount for long periods. The former, of course, can lead to the latter.

Continuation votes, asking shareholders if they want the company to continue, are designed to pass or fail on a simple majority. The vote will fail if holders of more than half of the shares want to shut down the trust.

The next step may be a merger with another investment company, the adoption of a new investment remit or a full-scale liquidation, points out Carthew. “Each of these needs another shareholder vote, but while the former two can again be approved by a simple majority, a liquidation vote needs to be approved by holders of 75% of the shares voted,” he says.

While most boards encourage shareholders to keep the company alive, there are past examples of shareholders being urged to vote to wind up the company. JP Morgan Brazil was a recent example last November, and the board had its wish granted as the trust was liquidated.

Carthew concludes: “Continuation votes are generally a good thing and a good way of ensuring that investment companies stay relevant. Sacking the fund manager is not the ultimate sanction for an investment company that is unloved and struggling to perform. A failing investment company also has the option of pressing the self-destruct button – selling off its investments and handing the cash back to investors.”