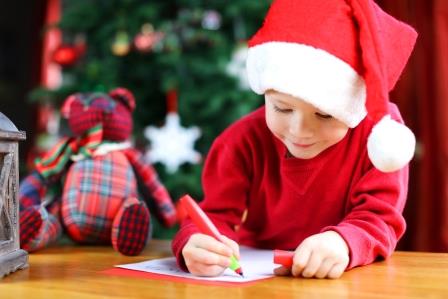 While 2019 was an ‘annus horribilis’ for some formerly high-flying fund managers, this DIY investor didn’t do too badly - thanks to a globally diversified portfolio of investment companies.

Let’s grasp the nettle and get the bad news out of the way first. Woodford Patient Capital Trust (stock market ticker: WPCT) was the stand-out stinker, with its shares plunging by 66% during the year under review. Ouch. The only thing I got right with WPCT was remembering not to have too many eggs in one basket and only investing 1% of my forever fund with the ‘star fund manager’ Neil Woodford. Let’s hope Schroders, who are taking over management of the portfolio, can find something of value in the wreckage.

Syncona (SYNC), a biotechnology and healthcare investment company, was my only other double-digit loser, falling 15% after I invested last January. In retrospect, the premium to net asset value (NAV) I paid might have been a warning but I intend to hang on for the long-term and hope to do well by doing good, helping fund the development of new drugs and treatments.

Aberdeen Standard European Logistics Income (ASLI) was the only other loser last year among my 17 investment companies. This European property company slipped 4.5% lower, according to independent statisticians Morningstar, but a 5.2% dividend yield pays me to remain patient.

Polar Capital Technology (PCT) was the star performer, with holdings in digital giants such as Apple, Alphabet - the owner of Google - and Microsoft helping it soar by 30% in 2019. PCT is one of the most valuable shares in my portfolio, after delivering total returns of 563% over the last decade.

Worldwide Healthcare (WWH) is another top 10 holding in my ‘forever fund’ that enjoyed another good year, with total returns of 16%. I have also held WWH for more than a decade, during which time Morningstar calculates the total return at 501%.

After years in the doldrums, BlackRock Latin American (BRLA) was a surprise success story in 2019, surging 14% higher. It also pumps out a 5.9% dividend yield but this company continues to trade at an 11% discount to NAV.

Jair Bolsanaro, who became president of Brazil on January 1, divides opinion sharply but has presided over a recovery in this continent’s biggest economy. At least City wags no longer joke that Brazil is the country of tomorrow - and always will be.

Fidelity China Special Situations (FCSS), JPMorgan Indian (JII) and Schroder Oriental Income (SOI) each delivered total returns of 12% last year. Tariff hikes and a trade war between America and China did less damage to FCSS than feared because it has switched its emphasis away from exports toward China’s domestic demand.

JII benefited from a weak oil price, because it relies on imports, and the re-election of a business-friendly prime minister, Narendra Modi. This is the share I have held the longest, having first invested in 1996 at 63p or less than a twelfth of its price today.

SOI, whose two biggest underlying holdings are the technology giants Taiwan Semiconductor Manufacturing and Samsung, has not only survived the America/China trade war so far but delivers a dividend yield of 4%. Encouragingly, the income it pays shareholders has grown by an annualised average of 5.7% over the last five years. Not far behind with a share price total return of 11% last year, was Henderson Far East Income (HFEL), delivering a dividend yield of 6.3%.

Despite all the well-publicised problems for the world economy in 2019 and a few worries closer to home for Britain and Europe, I expect that a globally-diversified portfolio of professionally-managed investment companies will continue to pay off with capital growth and income well in excess of inflation during 2020.