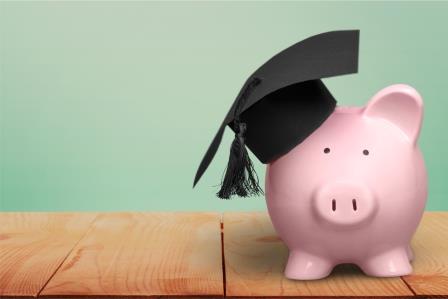 This year’s new university students, just preparing for freshers’ week, have had a torrid time. The final months of their A level courses were disrupted by Covid-19 and the chaos of the results will still feel very raw. Many students have found it difficult to decide whether to take time out or whether to start university straight away, given that their first year is also likely to be disrupted by the pandemic.

Such worries come on top of the other pressures that university brings: the move away from home, academic challenges and, of course, financial issues. The latter are more pressing than ever. Research published last month by the AIC revealed that the average student now anticipates leaving university with total debt of more than £38,000.

The good news is there is a substantive body of evidence suggesting that confronting all these issues will pay off in the long run. Studies have consistently found that graduates can look forward to higher average salaries and long-term earnings potential than those who didn’t go to university.

For example, research published earlier this year by the Higher Education Statistics Agency and the University of Warwick found that amongst people born in 1990, graduates with a first-class degree or a 2:1 were earning 14% more than non-graduates by the time they turned 26. Even graduates with weaker degrees were earning more.

Nevertheless, students heading to university can’t be sure their financial gamble will pay off – particularly in the post Covid-19 environment, where jobs may be harder to come by for many years to come. It should be pointed out that government-backed student loans only have to be repaid once earnings hit a certain level, but students will still want to be convinced there is a good chance that taking on debt is worth it.

In which case, it makes sense to try to reduce the odds. And the best way for families to do that is to put aside money in preparation for students’ higher education. Where students have a pot of savings to draw upon when they go to college, they will naturally run up a smaller amount of debt – or even avoid the need to borrow altogether.

The key to saving for university is to take a long-term approach. This not only gives you longer to build up a decent pot of savings, but it also gives you the freedom to put money into more risky assets with the aim of achieving better returns.

In particular, over the long term – five to 10 years or more – the stock market has historically tended to outperform other types of investment; in the short term, it can be very erratic, falling as well as rising, but if your children aren’t due to leave for university for another 10 years, say, those ups and downs can be ignored.

Are investment companies the answer?

How, then, to make those long-term savings for university costs? Well, one popular option is to use an investment company - a collective investment fund through which it is possible to invest in a broad spread of shares picked by a professional investment manager.

Most investment companies offer regular savings plans through which you can build up savings over time – and in the longer term produce substantial sums. The AIC’s figures show that £25 invested monthly over 18 years to the end of July in the average investment company would have been worth £15,003; a £50 monthly investment would have grown to just over £30,000 over the same period.

Such sums can substantially reduce the debt that students have to take on – and it doesn’t only have to be parents who contribute; grandparents, other family and friends may also want to add to the pot.

Moreover, the Government actively encourages saving on behalf of children. Investment companies can be held inside Junior Isas, through which you can now invest up to £9,000 a year on behalf of a child or young person with no liability to tax on the returns. This doesn’t affect your own Isa allowance.

Of course, early on in parenthood, there’s no certainty that your children will want to go to university. But savings don’t have to be use for education. If your kids ultimately decide not to go, the money could be vital for other uses – even a deposit on a first home.

20 September 2021
Nicholas Price, portfolio manager of Fidelity Japan Trust, discusses why he continues to see strong opportunities in the underappreciated Japanese stock market. In particular, he highlights the Japanese pre-IPO market, where a surge in entrepreneurial activity is creating a new generation of growth companies.

Private equity: an opportunity or threat for quoted portfolios?