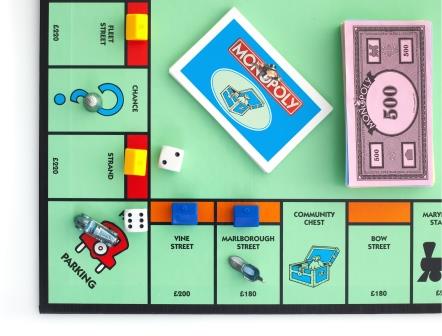 History does not provide investors with a guide to the future but it can help us put the uncertainties of the present in perspective. For example, today the newspapers are full of speculation about whether Britain’s planned exit from the European Union will be beneficial or harmful to our economy, currency and stock market valuations. On a global level, initiatives announced by Donald Trump, president of the United States of America, and Xi Jinping, president of China, provide their supporters and critics with reasons to be cheerful or fearful.

While these are all important issues and areas of potential anxiety, it can be said with some certainty that none of them presents the existential threat to investors’ capital that was posed by the First World War, the Great Depression or the Second World War. So any form of investment that survived all these crises - and many more besides - is worth careful consideration, here and now.

More than a dozen investment companies whose shares are listed on the London Stock Exchange today were set up in the 19th century and about two dozen trading now are more than 100 years old. Foreign & Colonial Investment Trust, which was formed in March, 1868, has not just survived the intervening 150 years of economic ups and downs, it has thrived.

Compound interest - or the ability for income to generate more income and gains to grow on gains - can produce dramatic uplifts over long periods of time. Even so, it is interesting to note that £100 deposited in a typical building society account in 1868 would be worth about £257,000 today but the same sum invested in F&C at launch would have rolled up into a remarkable £10.9m.

Never mind the distant past, though, what about more recent history and the present? As an investment company shareholder for nearly 30 years, I have personal experience of how they prospered despite several stock market shocks during the intervening decades. Like other forms of pooled funds, investment companies diminish the danger inherent in markets by diversification; they spread individual investors' money over dozens of different companies and/or countries to reduce our exposure to misfortune or failure in any of them.

Unlike other pooled funds, investment companies have a closed-ended structure which means their managers are not forced to sell assets when prices are temporarily depressed to meet redemptions by people who wish to get back into cash. That may sound like a technical point but it is a real problem currently afflicting one of Britain’s biggest open-ended funds, whose manager has recently suffered a series of setbacks and substantial outflows.

Investment companies’ closed-ended structure is a major advantage for medium to long-term investors seeking to ride out short-term volatility. Gearing - or the ability to borrow to buy when managers expect investment returns to exceed interest costs - and income smoothing - or holding back some returns in good years to maintain dividend payouts in bad years - are also important advantages that other forms of pooled fund do not enjoy.

That was why I chose investment companies, rather than their more heavily promoted rivals, when I began investing modest sums in the early 1990s. Then, as now, the outlook seemed fraught with political upheaval and economic stress on the horizon at home and overseas. As it turned out, the bursting of the dotcom bubble and the global credit crisis would dominate the next decade.

Only one of the investment company shares I bought more than 20 years ago is still in my portfolio. Following visits to China and Hong Kong, ahead of the handover of the latter to the former, I paid 60p per share in March, 1996, for what was then Fleming Chinese and 63p per share in June that year for Fleming Indian. Both are now listed as JPMorgan investment companies and I am still a shareholder in the latter, which is trading at more than 10 times the price I originally paid.

The past is not a guide to the future and share prices can fall without warning. Longevity - or the fact that investment companies have traded for more than a century - does not give any guarantees for investors but it does provide a reason to avoid excessive pessimism about the present. Many investment companies have been through much worse before. While the future remains uncertain, history offers hope that shareholders in this tried-and-tested form of pooled fund can continue to survive and thrive.