Inflation and financials – concern or opportunity? 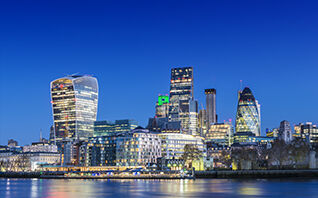 Inflation and financials – concern or opportunity?

Many central banks in the developed Western world have an inflation target of around 2%, a figure deemed appropriate to provide the right combination of optimum employment, price stability and economic growth.

These increases are based on the rapid rise in demand of pent-up consumer spending as economies open up thanks to the continued vaccine rollout, alongside the constraints on the other side of the economic coin, the supply chain.

Underlying all of this is the position economies were in one year ago – the point on which all these numbers are based – when the World Health Organisation declared COVID-19 a global pandemic. The reaction was immediate and drastic – the Dow Jones saw its single largest daily drop in history; the VIX, a volatility or ‘fear’ index, hit an all-time high; from January to mid-March 2020 the S&P 500 dropped 27%, the DAX 38% and the Nikkei 29%. The FTSE 100 fell by 25%, its largest quarterly fall in 30 years.

One year on, it is not surprising that sentiment is for a rise in inflation so, while the outlook from here is heavily dependent on how COVID-19 is contained globally, should we be worried about inflation? There are two camps providing an answer. One is investors taking the Fed’s view that the current pressures are temporary, so of little concern; the other is investors taking the side of the current trends in the real economy – including house price inflation, rising cost of consumer goods, supply bottlenecks, and some labour shortages and wage pressures – which may eventually embed themselves in longer-term inflationary pressures. With portfolios heavily skewed towards bank stocks, we are in the latter camp, albeit not alone as the movements in bond yields would suggest.

What does this mean for financials?

In simple terms, lower inflation and lower interest rates tend to encourage consumer spending; as spending increases, so do growth company revenues; as increased revenues are reported, share prices rise and stock markets rise. However, if current sentiment is right and inflation increases, physical asset prices (housing; commodities) will rise but purchasing power will decrease so some demand for such growth companies will fall. Equally, current high valuations for growth businesses are based on valuation parameters which rely on low interest rates (i.e. growth companies start looking expensive if interest rates rise).

On the flip side, while not necessarily directly, there is the suggestion of a positive correlation between mild inflation and the return on value stocks – high inflation is arguably not beneficial for any sector since interest rates will need to rise materially at a time when the world remains highly indebted. As the most sensitive sector to the reflationary trade, financials – more specifically banks – stand to be a primary beneficiary of an upward move in both inflation and interest rate expectations. The rationale for this is that as interest rates rise, bank margins start widening after years of severe pressure and the loan market becomes more competitive against the bond market and specialist forms of finance. Financials are the largest constituent of value indices, providing diversification from growth sectors that have benefited from ultra-low rates.

Despite the global economic recovery, financials continue to trade at attractive valuations. The sector has outperformed by 5% from last year’s lows, compared to an average outperformance of 23%, looking at the past nine crises going back to 1990. This suggests plenty of room for further outperformance as confidence in the economic recovery builds.

Within the sector, banks showed great resilience in a severe downturn, supported by the strengthening in their own balance sheets in the preceding years and government support. They actually built up capital levels during this downturn and many are in a position to return significant amounts of surplus capital to shareholders. What would really underpin banking stocks is the easing of pressure on net interest margins and weak loan growth if the economic recovery leads to a reassessment of the inflation outlook and interest rate trends.

Rising inflationary pressures and economic recovery are supportive, bank valuations remain relatively cheap and, in absolute terms, they offer investors high and rising dividend yields and recovering top-line growth. Most fund managers remain very underweight the sector and there has already been evidence of material outperformance when sentiment changes. A reallocation back to what remains a very large sector seems more than past due.