How to explain investment trusts to a client

Nick Britton, Head of Intermediary Communications at the AIC, gets advisers’ views on explaining investment trusts to clients. 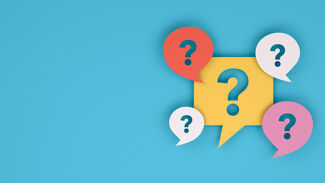 The perceived difficulty of explaining investment trusts to a client is often given as a reason for not recommending them at all.

I’ve heard many advisers raise this concern, and it’s true that investment trusts have distinctive features that set them apart – trading on the stock exchange, discounts, and the ability to gear.

The question is the level of detail in which these features need to be explained. Clients need to be informed, but few are looking for their adviser to give them a crash course in fund structures.

To find out what a client really needs to know about investment trusts, I spoke to three advisers who do recommend them: Paul Chilver of Birkett Long IFA, Philippa Maffioli of Blyth-Richmond Investment Managers, and Neil Mumford of Milestone Wealth Management.

All three stressed the importance of keeping it simple. Investment trusts, like unit trusts, are just pooled investments. “They do exactly the same things as an OEIC or unit trust,” says Chilver. “They are all trying to achieve the same thing – growth or income to the end investor.”

Mentioning the stock exchange gives clients confidence, says Mumford, as well as conveying the idea of risk. Clients appreciate that stocks can rise and fall – there’s no mistaking this is a risky investment.

Chilver adds, “One thing we do stress is that investment trusts tend to start at medium risk, and they have to be for clients happy to adopt that level of risk upwards.”

Having got across this basic idea of risk, the advisers I spoke to don’t get bogged down in discounts and premiums. “We invest for the long term,” says Mumford. “We may buy investment trusts a bit more expensive than the underlying assets, we may buy them cheaper – at the end of the day it tends to iron itself out.”

He also points out that many of the largest, most liquid trusts have discount control mechanisms in place and the ability to issue more shares on demand – though this is the kind of detail that would be out of place in most client meetings.

Because these advisers are using mainstream investment trusts with modest gearing or none, they don’t spend a long time talking about gearing with clients. Where they do discuss it, it’s as a positive feature as much as a risk.

Chilver adds that the closed-ended structure “protects you against the fund being locked down because of exposure to unquoted investments or property.”

Finally, the independent board, directly answerable to shareholders, is mentioned as a benefit by all three advisers.

For these advisers, explaining investment trusts just isn’t an issue. Says Maffioli: “It really isn’t very complicated and I find it funny that people think it is.” Chilver agrees: “They’re only complicated because some advisers don’t understand them.”

Mumford says, “Unfortunately most advisers don’t understand investment trusts because they don’t own them themselves. That’s the best place to start: over 65% of my pension and ISA investments are in mainstream investment trusts.”

There’s also broad agreement that the vast majority of clients are just not interested in the minutiae of different fund structures, and why should they be. Chilver uses the analogy of a decorator or a plumber – you need to be able to trust them to do a good job, but once that trust is established you don’t hang over their shoulder all the time asking them to explain what they’re doing, or why they’ve chosen one tool over another.

“You could go off at a tangent if someone wants,” says Maffioli. “You get the odd person who gets excited and looks into things further – but that’s so rare.”

Mumford concludes: “As an industry, we tend to get bogged down in a lot of regulatory stuff we think we need to do to explain things to clients. Clients pay us to get the end result they need.”

Nick is the AIC’s Head of Intermediary Communications. He is responsible for the AIC’s education programme for financial advisers and wealth managers, aiming to improve their knowledge and confidence in using investment companies. Nick is a former financial journalist and holds the Investment Management Certificate.